My One Monthly Goal for January was to work on my Swoon quilt, to have two completed blocks and all the blocks cut out, ready to just pick up and stitch. 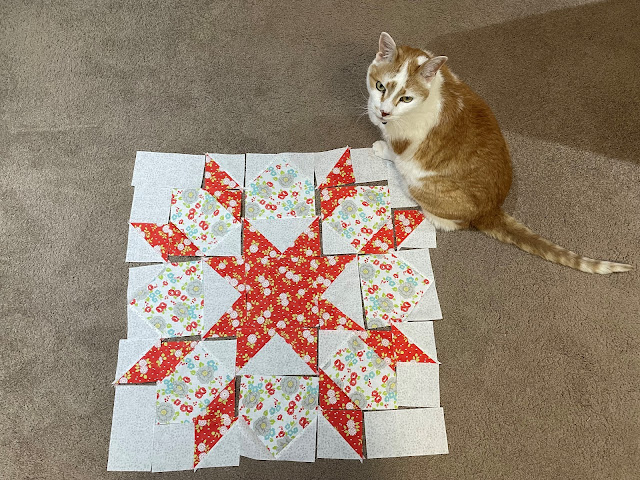 This is where I was up to in December.  The HST and flying geese were stitched but not trimmed and the stitch and flip were stitched and flipped.  The various components still needed to be joined together to complete the block.  A nice quick finish for that block in January........... or so it should have been.......
On Friday I trimmed down the HST and flying geese.
On Saturday I got up really early, as I was wide awake, and made a start.  Nothing seemed to fit.  I always struggle with accuracy with stitch and flip points and they really did not want to play this time.  I restitched a couple of seams four times!!! I'm still not really happy with them, but the fabric would have started to disintegrate if I used my quick unpick any more.  Mick reckons I am being too finicky, which I probably am.
I think part of the problem was that I tried to use home made quarter inch tape and not draw a diagonal line with the stitch and flip.  It was good in theory, but not as accurate as if I had drawn the line....... live and learn.  Also, I was in a rush with all that was happening at the end of the year, so not really a good time to work on this. 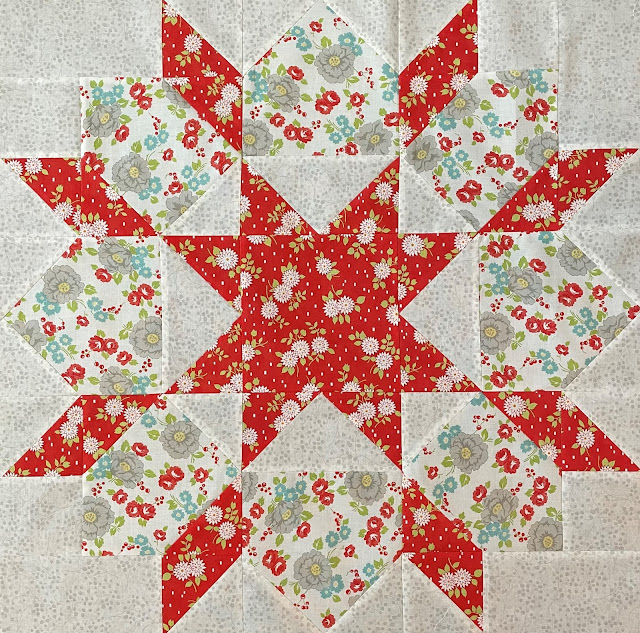 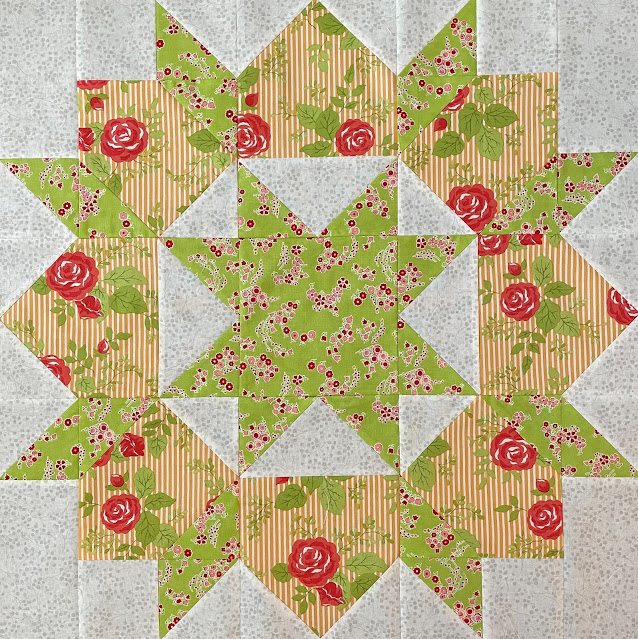 Move onto the second block......  I took my time and everything went well, as it should have.  I really like this block.
The fabrics are from various ranges of Bonnie and Camille.  They all work rather well together.
The second part of my goal was to cut out all the blocks. 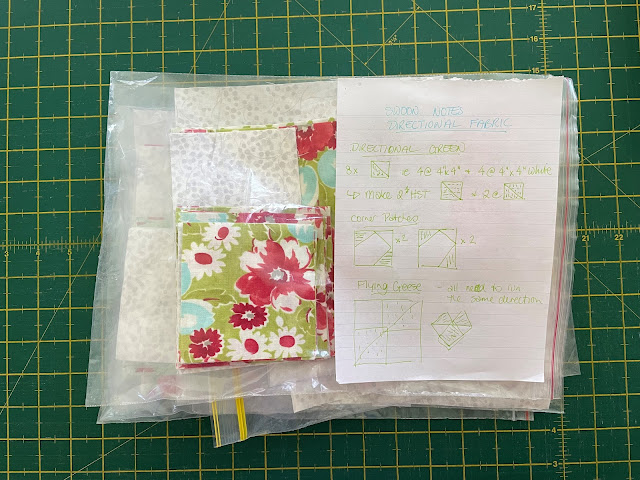 Done, and all in their little baggies, along with my notes on stitching with the directional fabrics, of which there are a lot. 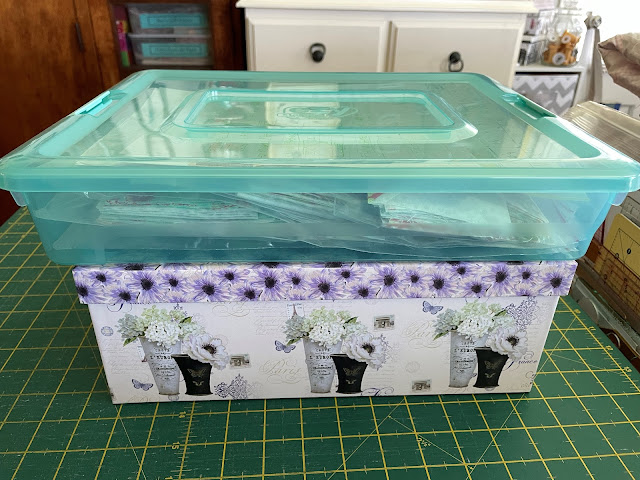 Unfortunately, the baggies don't fit in my pretty box, so they just have to have their own separate tub.
My plan is to use quilt as you go with this one and I had hoped to piece and quilt a block each month.  I had an idea for a backing, but do you think I can find the fabric......that may be telling me something.  I need to hunt it out or find an alternative.  In the meantime, I will keep working on the piecing and then catch up with the quilting at a later date. I also reckon I will end up getting the blocks pieced relatively quickly.
Anyway, my OMG for January has been achieved and it is time to start working on my other goals for the month.

Love your swoon blocks. Almost makes me want to start mine. :). Hugs, xx

the quilt will be lovely... your points are perfect - something I cannot do however hard I try...
Hugz

Your blocks are beautiful Janice and your points are perfect...like Fiona I am challenged doing that!!

It's annoying when things dont go well, but you mastered it in the end, good work! It's a nice big block at that size, how many will you need.

OH darn. Sorry the block was such a struggle for you, but it really looks beautiful now!!! Sometimes things just don't go smooth.

It looks great Janice, if you hadn't told us we would never have known, as the points all look perfect now. At least the rest will go smoother for you.

Swoon will be gorgeous... xox

We are all our own worst critics. Like you I have sewn and unsewn many a block, sometimes to the point where the fabric is at risk of becoming stressed. Your block looks fine and any 'errors' can only be seen by you and they will soon disappear amid all the other beautiful blocks. How many blocks do you plan to make?

I hate it when your just not happy and keep unpicking then have to give up........the blocks look good though........

Well you're having all kinds of little disruptions. Good for you for persevering! Goals are so motivating. The blocks look great.