It has only taken five years, but I have finally finished my "Spring Bunny Table Topper" project from Girls Day in the Country in 2015.  The design is by Lynette Anderson. 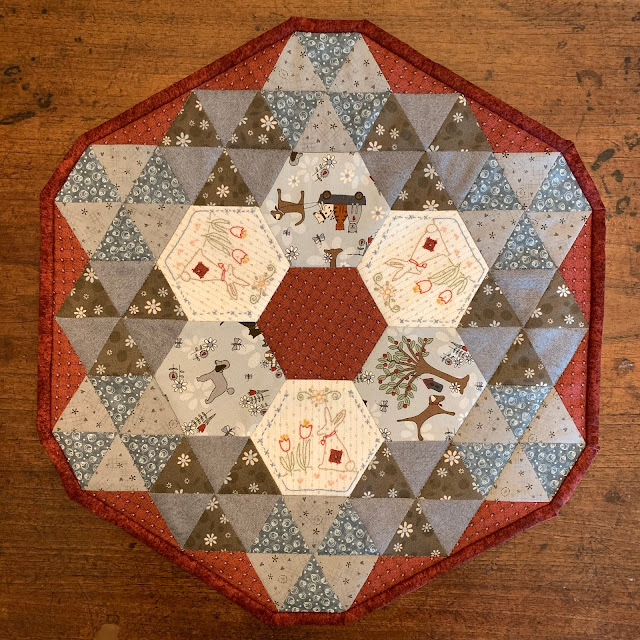 I've worked on this every now and then, always telling myself I will have it finished for the next stitching get together, but it never happened - until now!

Not only that, it is finished in time for Easter.  Yay! 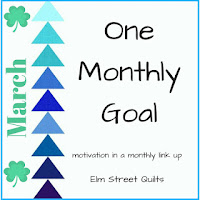 This is my One Monthly Goal, which I will link up with later in the month.

It is also my WOOFA project for now.  That's two that have been finished this year.  I'm rather pleased about that.

I know which UFO I will be working on next, but I don't think I'll get a chance until next month.

Not forgetting it is a finished project for OPAM.

It's such a good feeling when you can get an old project out of your hair.

Great finish....and good to have it done.

It's beautiful Janice, always such a great feeling to have a finish. And what's five years? I'm sure I have some much older UFOs than that.

Worth the wait as it is just beautiful x

Congratulations on the finish, it is beautiful.

That's a perfect challenge project ticked off. Well done.
And as you said you can admire it for Easter... congrats xox

It was worth the wait. Very pretty.