My January WOOFA Project and Friday Night With Friends

As I shared the other day here, my January WOOFA goal was to do something with a very old foundation paper pieced Santa block. 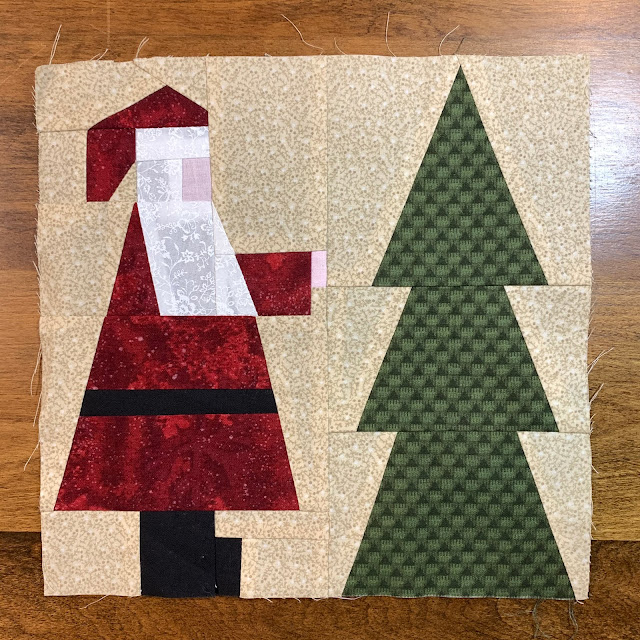 It had been my first attempt at FPP and the top left corner dipped down too far.  From memory, I was going to make a pot holder.  It was all too hard to reverse sew the pieces, hence it became a UFO. 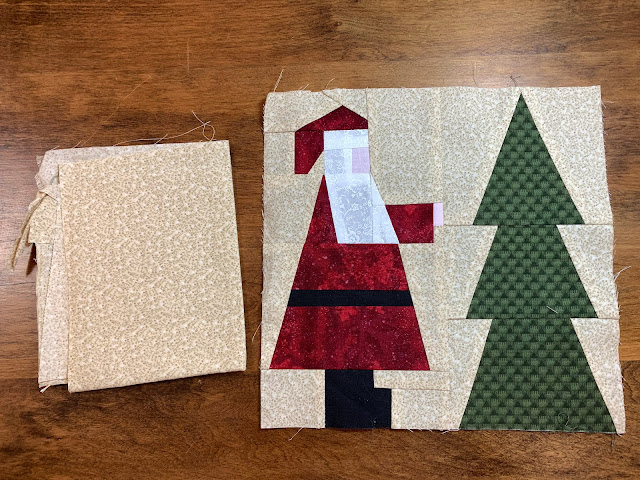 I thought I may still have some of the background fabric, and was delighted when I found it in the first place I looked. 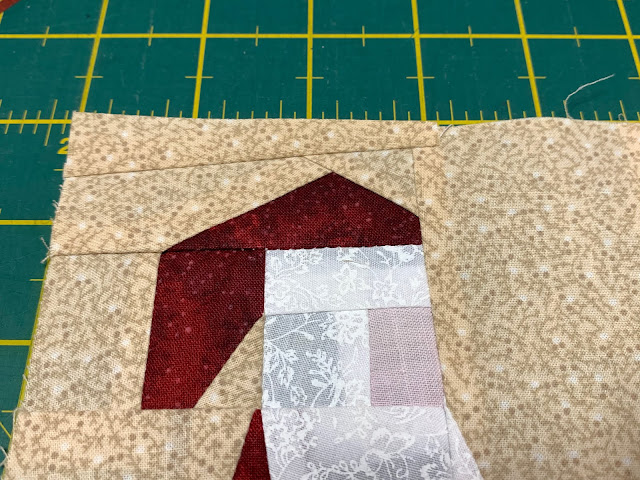 It was such a big job to add a little to the corner.  Why I didn't do that at the time, I'll never know.  I dare say I didn't even think of it.

Yesterday, after chatting with Lou (Manxgirl) I decided to join in with Friday Night With Friends for the first time.  This was the obvious project to work on.

So what to do with the block.  It looked rather bland, and also quite dated. After chatting further with Lou, I decided to make it into a mini quilt.  Now to hunt out some fabric that would suit the colours already used......ie, also rather dated. 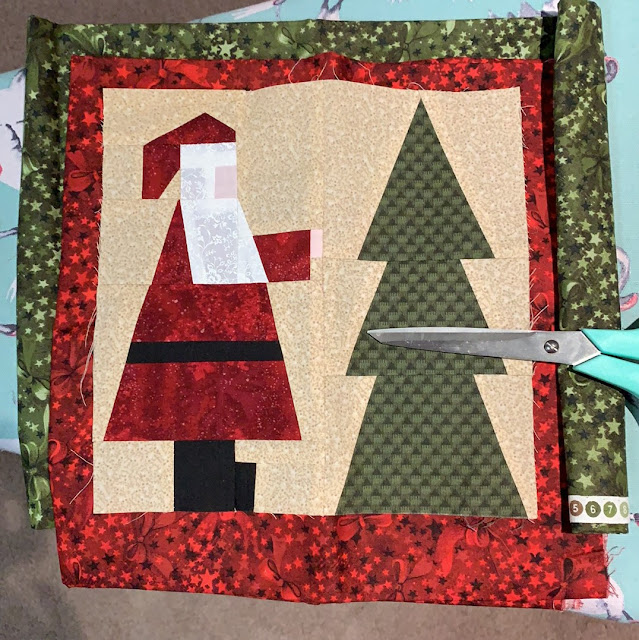 I found a couple that I thought would work.  But it was still bland.  Then Lou suggested adding some decorations to the tree.  Now we were cooking with gas! 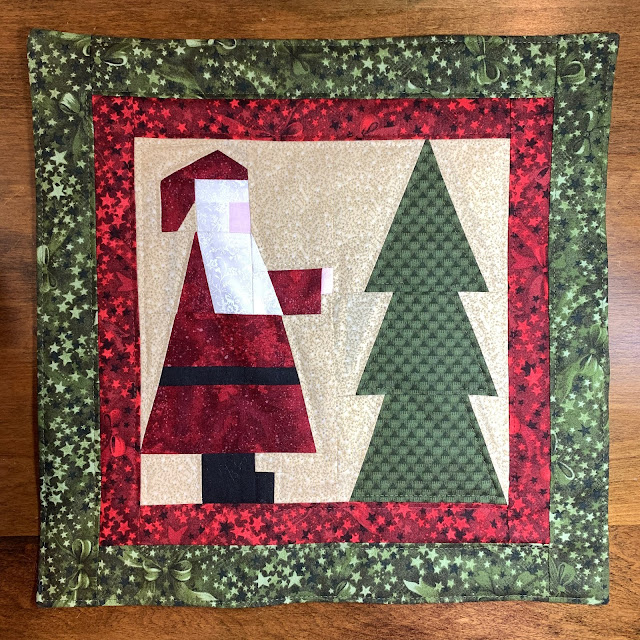 This is where I got up to last night.  Borders added, no binding, just batting added, stitched around the edge and turned through.  I even remembered to add some little triangles to the back for a hanging rod.

Some simple echo quilting was done.  It was starting to take shape. 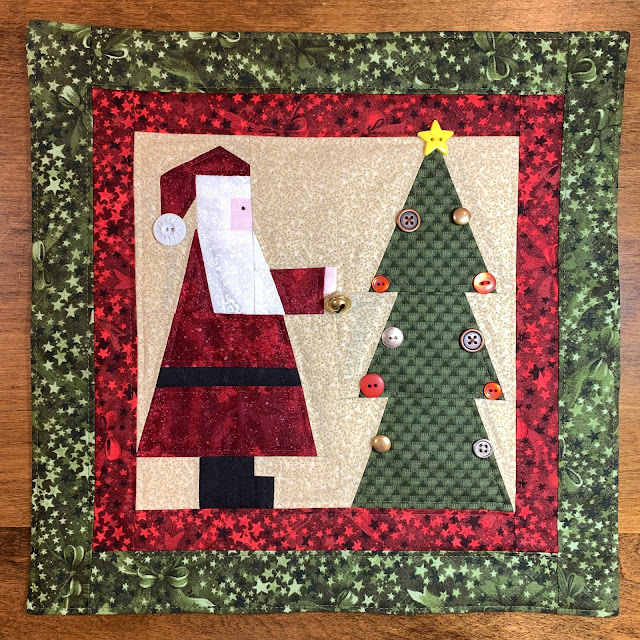 This morning, I did a bit more quilting and added the embellishments.  A vintage button for Santa's pom pom, a bell that came around the neck of a Lindt chocolate Easter bunny, a star button that I found in the deep dark depths of my stash and various, random buttons from my jars for the tree ornaments.

For a block that I went to throw away several times, I'm pleased to now have another little decoration for Christmas. It measures 16 inches square.

This has now met three of my goals for January:

1. I have not only worked on, but finished a UFO;
2. I will have at least one finish for OPAM; and
3. I have made a Christmas decoration for Lou and my little stitch along.....even if it isn't an ornament.

Also, everything came from stash.  Bonus!

I'm pretty pleased with that.

He looks great. It was fun to stitch along with you. My christmas ornament is only half way done, it's going to need at least one more day.

A great transformation. Hope to see you around blogland.

Your Santa and Christmas Tree block look fantastic...
Always good to have help from your friend...

Always great to have a finish and especially a UFO.
well done

What a great transformation!! Very inspiring to see something that has been sitting around for ages completed in a blink of an eye! Great idea to finish the block off with some embellishing.

Well done, one Christmas mini done and it's still January

Well done Janice, meeting goals and it is early in the month!! Santa looks wonderful, it is great to sew with a friend and toss ideas around.

Love what you did with Santa. It looks great.

Great fix for the block... looks like it was meant to be there..... funny how we leave things . I love how you have finished it now...very cheerful...
Hugz

This turned out beautifully. Thanks for sharing your creative journey for reinventing this block with us.

That's brilliant...what a great idea.
Well done on a WOOFA finish as well...xox