My Other Goals for July Check In

July was a bit of a funny month, what with COVID lockdowns and restrictions.  However, despite that we still had a good time.
Let's see how I went with my non-stitching goals for the month.
1.    READ A BOOK
Yes, I read two. 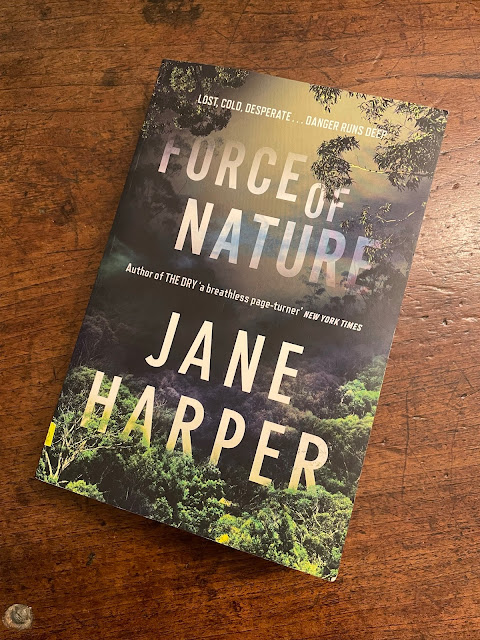 Firstly, I read another of Jane Harper's books.  These are all a good mystery to read, without being your usual formula. I did enjoy it.  We have borrowed the last one from the library, so I look forward to reading that shortly. 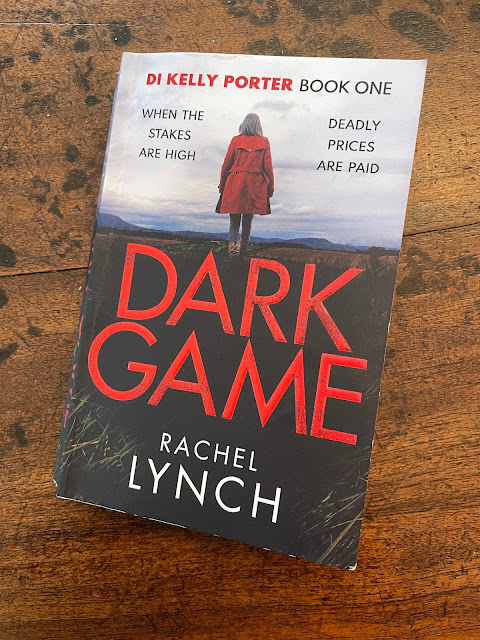 Next was a book I picked up at an op shop.  There are a series featuring this detective, set in the Lakes District of England.  Fortunately, this is the first in the series.  It was rather graphic at times, but it got me in.  I'll be looking for the rest of them.
2.    TRY A NEW RECIPE
Yes, and I actually tried two new recipes, both randomly found on the internet. 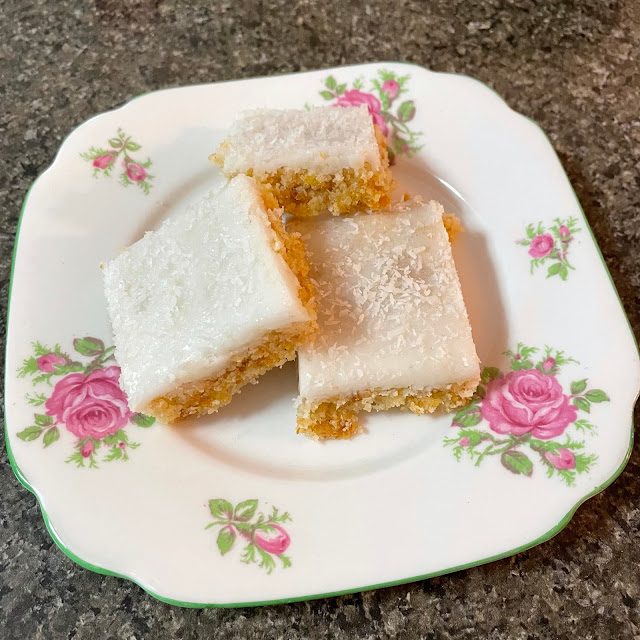 Firstly, I made a lemon weetbix slice.  We don't usually have weetbix in the house, but as at the moment we do, we tried out this recipe.  It will definitely be made again.  Mick helped and had his first go at making icing.  As you can see, it was a success. 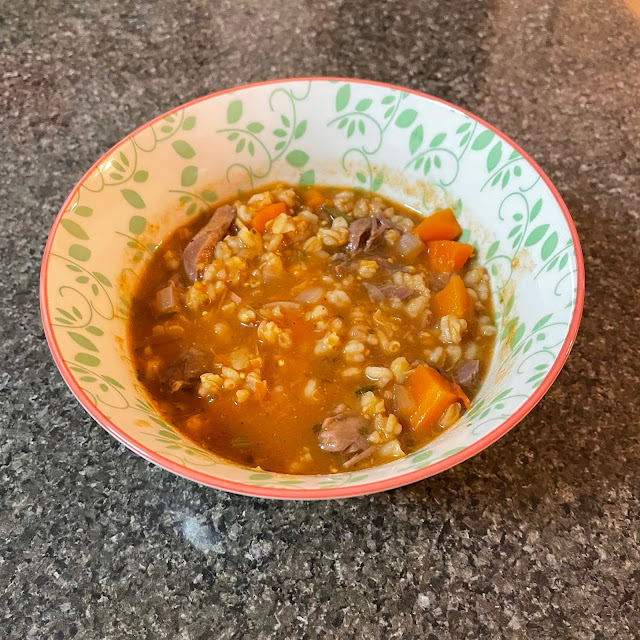 The second recipe was lamb and barley soup made in the slow cooker.  It was very hearty on a cold winter's night and there was enough to freeze for another time and my lunch.  Another success.
3.    FRIDAY FUN DAY
As I said at the beginning of the month, I didn't know how this would go.  Well, in the end we did have a couple of fun little outings, but not on a Friday.  I will do a separate post shortly.
Having said that, we came up with a variation on the theme.  You see, where Mick has been working, they knock off at lunch time on a Friday.  On the first Friday in the month he suggested he pick up a pie from the bakery on the way home. 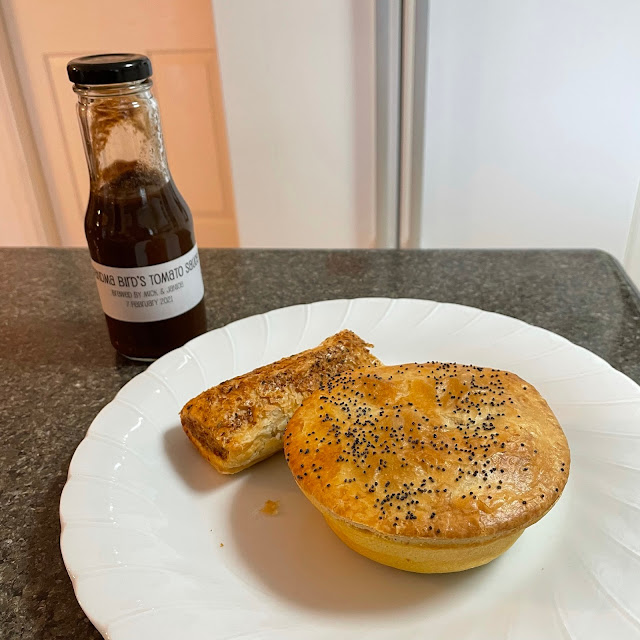 As we were eating it, Mick announced we were having "Friday Pie Day".  Coincidentally, the following Friday we had Mum over for lunch and I just happened to make a spinach pie, not even thinking of the previous week.  Of course, the following Friday we had to have a pie as well.  I don't think it will be an ongoing habit, but a bit of fun for a winter's month.
4.    HAVE A WEEKEND AWAY IN THE CARAVAN
We didn't expect this to happen, and it didn't.  Something to look forward to in the future, when we can move around a bit more freely.
Our trip away in August was postponed until the end of September and now has been postponed again until the end of April.  If thing settle down, we may sneak away, somewhere quiet, for a few days.  That's the beauty of caravanning.  You can still be fairly isolated, having your own accommodation and preparing your own meals.
So, all in all, another successful month.
Bring on August.

I made a weetbix and lemon slice a while ago. It was surprisingly nice and is on my do again list.
Postponing of trips is necessary at the moment, we are so lucky here in NZ to be able to move freely. I'll be off to see my boss today to ensure that it is possible to change my annual leave dates. Then we will look at flight changes.

All your lovely cooking looks mouth-watering. I have read all the Jane Harper's books too....just finshed The Survivors. Really enjoyed them! Very strange existence we are having with Covid xx

I like the sound of that soup.... but then soup gets me every time...
Hugz