It is always a goal of mine to try a new recipe each month. Well, we have tried a couple this week.
Firstly, I alluded to a recipe I wanted to try using an unusual ingredient.
The story goes, (there is always a story, isn’t there) that when we were helping to set up the church fete back in March, my neighbour brought along a cake for morning tea.  It was yummy and she then asked if anyone could guess the secret ingredient.  It had a golden colour, so there were suggestions of turmeric, saffron and finally pumpkin.  Close, she replied.  It is actually a can of pumpkin soup. Nice and quick, without having to cook up the pumpkin first. 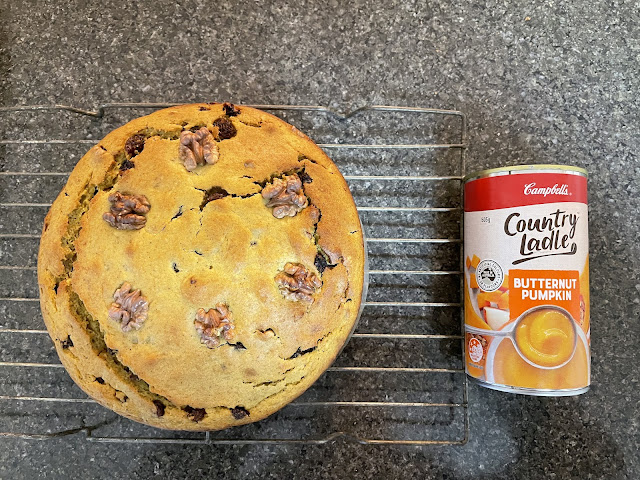 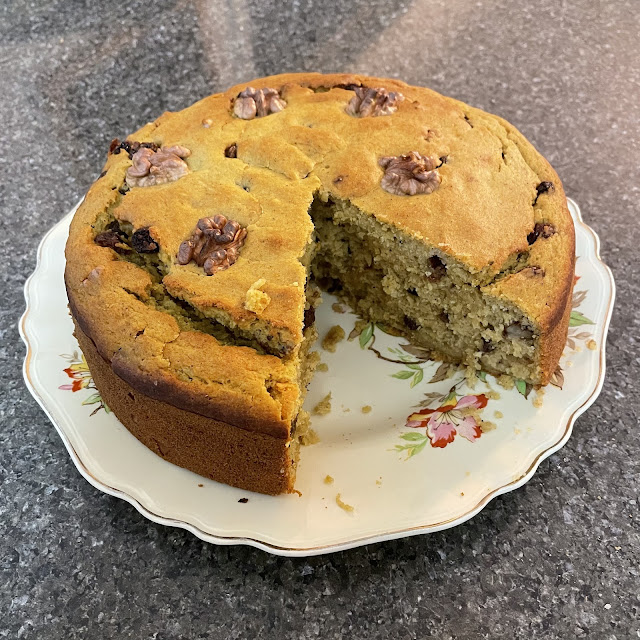 So, here is my version.  It was a bit crumbly, as I should have let it cool down some more before cutting it.  It really was yummy, with sultanas, walnuts and spices.  We had bought a big bag of walnuts recently, so the time saved by not having to cook the pumpkin was replaced by the time spent to shell the walnuts.
PUMPKIN SPICE CAKE
Ingredients
2 cups SR flour
1 cup sugar
125g butter
2 eggs
1/2 tsp nutmeg
1 tsp allspice
1 cup chopped walnuts
1 cup sultanas
1 455g can pumpkin soup. (I could only find a 505g can, so just added a but extra flour and butter.)
Method
1.   Prepare 20cm round cake tin.
2.   Melt butter in saucepan large enough to mix all ingredients.
3.   Remove from heat and add sugar and eggs, mix well.
4.   Gradually stir in flour, spices and pumpkin soup, then walnuts and sultanas.
5.   Bake at 180 degrees C for appox 45 minutes. Cake is cooked when a skewer comes out clean.
SUGGESTION:  I think this recipe would be nice cooked in muffin tins as well.
The second cooking session was with the camp oven on Saturday.
We wanted to see how some corned silverside would go. 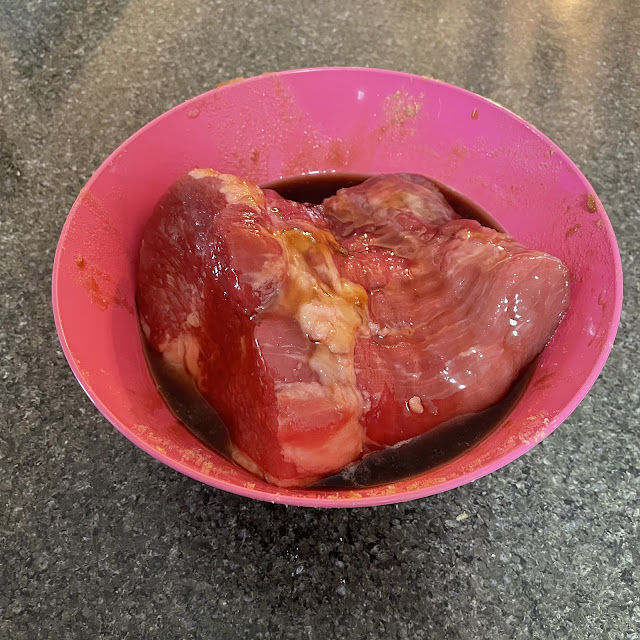 The recipe we found basted the meat in brown sugar for a little while. 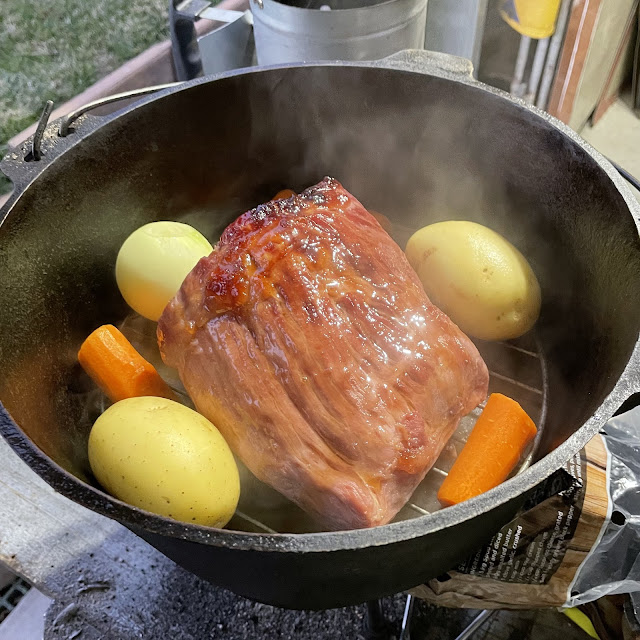 Water was only put up to the level of the trivet in the camp oven, with the usual vinegar, bay leaves, cloves and peppercorns added.  You then baked the meat, basting with more of the marinade as you went along. 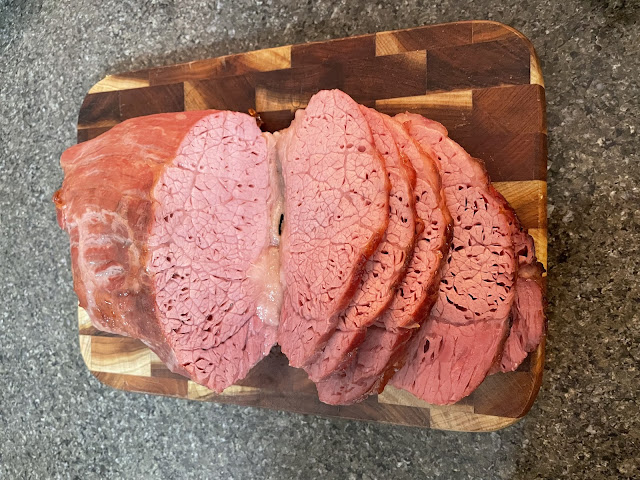 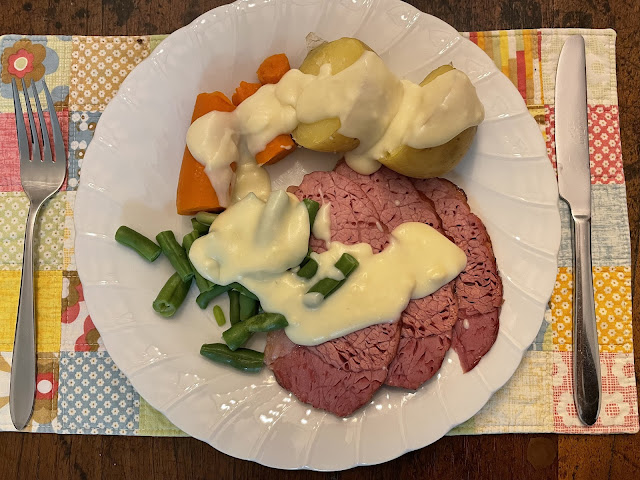 It all looks very tasty.
You cook corned beef in vinegar? The recipe I use for my slow cooker uses garlic, chilli, bay leaves, black peppercorns and pickling spices.

OOoh I like the sound of that cake..... will give it a go. I do love a good silverside - yours looks great... too often mine falls apart

Two unique recipes! The cake sounds yummy to me, but I'm sure hubby would prefer the meat!

Mmm, silverside, always a favourite here, mine in cooked in the crockpot. The cake receipe certainly looks interesting.

love baking the corned beef, definitely brings a different flavour out...I'll have to remember to take my camp oven out next time...looks delicious!
that cake looks pretty good too