A Cover for my Green Machine - Or How my Seam Ripper Became my Best Friend. 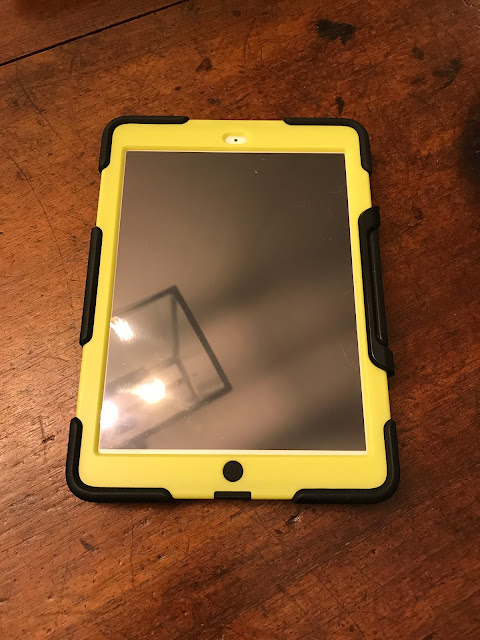 I have an iPad which is affectionately called "The Green Machine" due to its protective cover (it is lime green - even though it looks more yellow here.)

However, for some time I've wanted to make a pretty, padded cover for it.

Three years ago...I bought some cute fox fabric down at Braidwood at the quilt weekend. 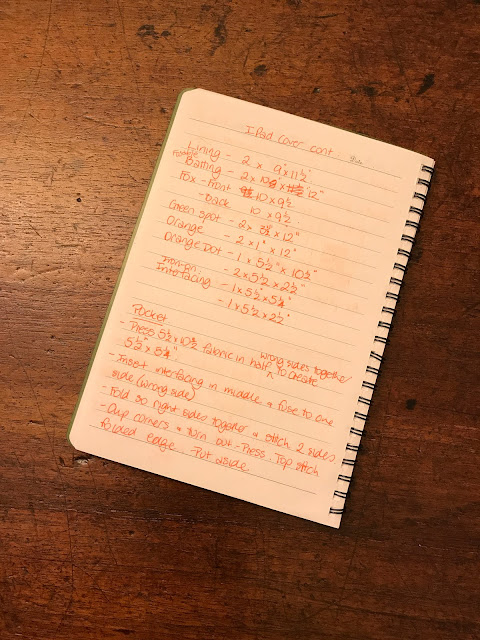 Two weeks ago....I trawled through Pinterest, didn't find what I was looking for so sat down and wrote a pattern, complete with measurements. 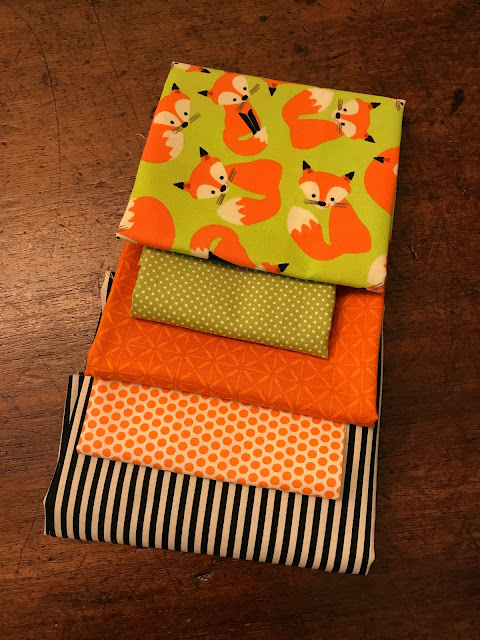 I bought a zip and found some fabrics in the stash to co-ordinate with my foxes and some stripes for the inside.

On Sunday.....I didn't read my pattern properly and made a right balls up of things!

Lesson one - Read your pattern right through and don't think you know better than what it says....even if you only wrote it yourself!

My notes had the fabric too big, or so I thought...so I cut it smaller.  Had I read my pattern, I was going to quilt it and had allowed for shrinkage and to trim back. Oh!.....  OK, no quilting. 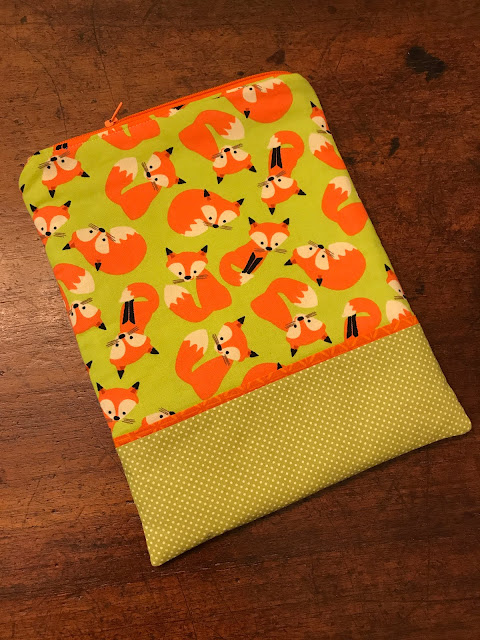 I made the back of the cover no worries and then repeated the process for the front........forgetting to add the pocket before sewing the horizontal seam with the orange peeper and ironing on the wadding.......The wadding stuck really well - better than I think it has ever stuck before.  Grrr! @#$%

I virtually had to tear back the wadding, before unpicking the middle section of the seam to insert the bottom of the pocket fabric.......then I looked at the finished seam and I had sewn the pocket on top of the orange peeper border rather than underneath it.  Snarl! @#$%

I unpicked the seam again and sewed the pocket in the correct place.  Phew! 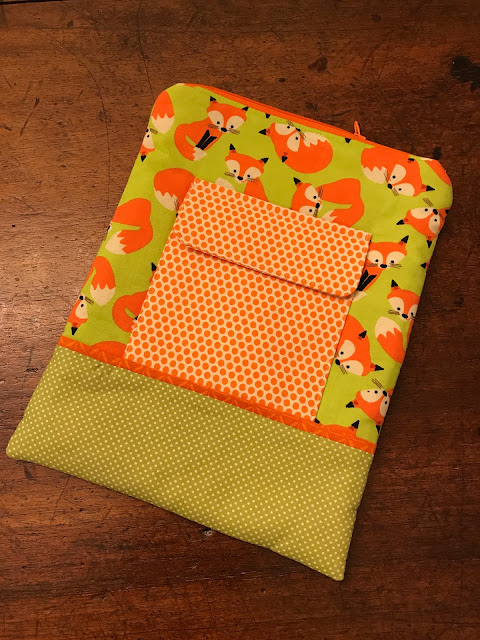 Miraculously, there were no issues with sewing on the pocket flap.

Due to the thickness of the original protective cover I should have made the case about an inch larger.  It would fit in the cover, I thought, but not through the zip opening.  At this stage it would have been a mammoth task to refit the zip. Not happy Jan!

What now? Try and salvage it or just call it a dud and use it as a big zippy pouch? 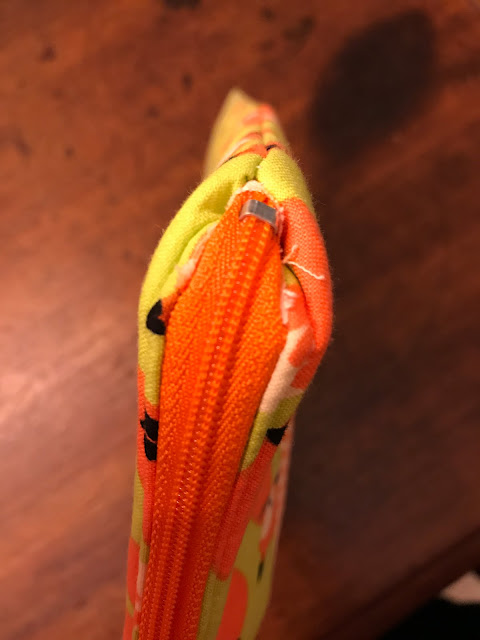 Solution - get out my friend, the seam ripper, and unpick and remove the exposed section of the tabs at the ends of the zip.  Fortunately, the zip had not been cut short, so all structural seams were still in place. 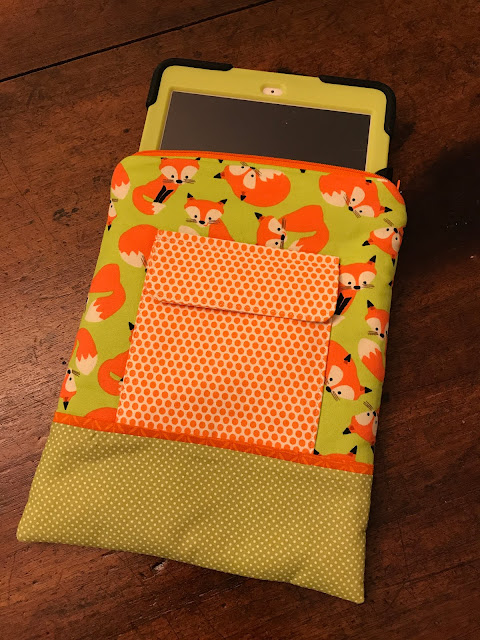 The zip opened a bit further and the Green Machine fits......just.... Phew!

Yes, it would have been better a little larger, but it is nice and snug. 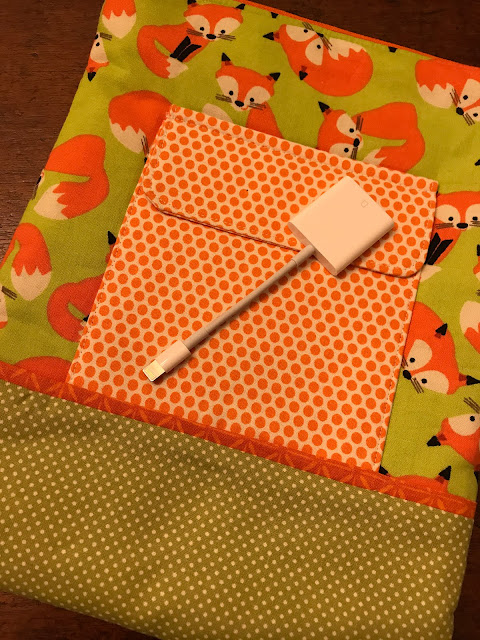 I haven't put a fastener on the pocket flap as I only want to store the SD card reader attachment and it won't fall out.

I may write up the pattern again, tweaking it a bit, and then have another go at making a cover. At least I have one I can use for now.

Labels: bags, OPAM, sewing, Use What I Have, Using My Stash

Lessons learned......
It looks great though and good on you for writing a pattern. When I made pouches for our devices, I just went for it, no pattern required.

Oh wow, what a drama - but kudos to the seam ripper AND your perseverance. Looks great by the way!

Good on you for sticking with it as your pouch looks great now...
Maybe you can re write pattern and do a tut??