The weather yesterday was supposed to be better than on Wednesday.  However, no one told the weather gods in the south west of Tasmania.
Our plan was to leave Strahan and have a better look at Queenstown before continuing east to end up somewhere to be decided.   This is what lay ahead of us. 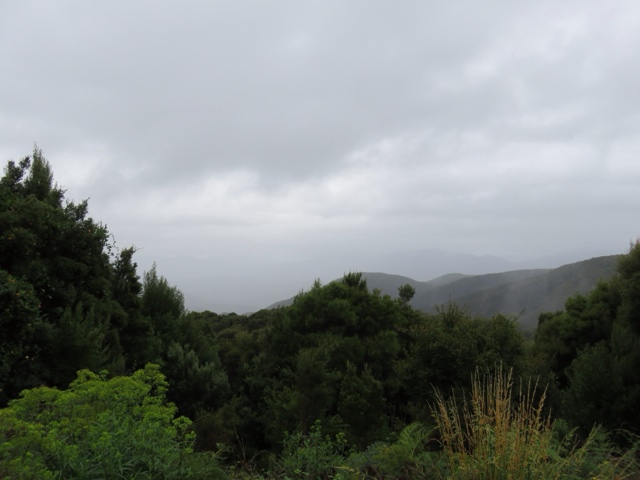 It was so bleak and wet in Queenstown that we didn't even stop.  We were thankful that we had taken the very brief walking tour the day before, so we at least saw something.  I really wanted to take a picture of the stark moonscape, which is now becoming covered in vegetation, but there was no where to pull over to get a pic. 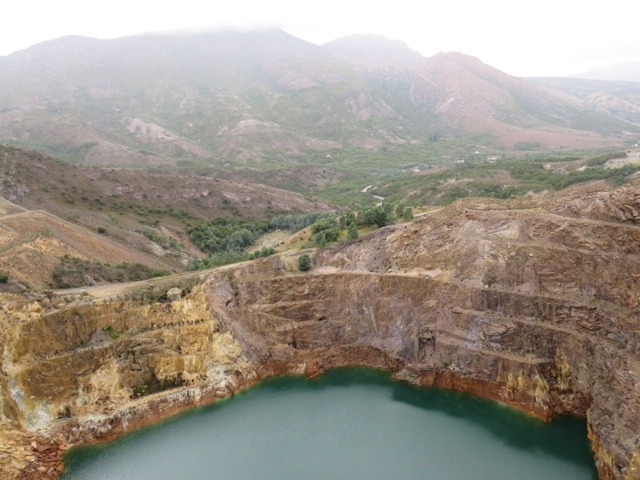 To our delight, there was a very brief break in the rain when we saw the turn to Iron Blow Lookout.  This was one of the first copper mines in the area. 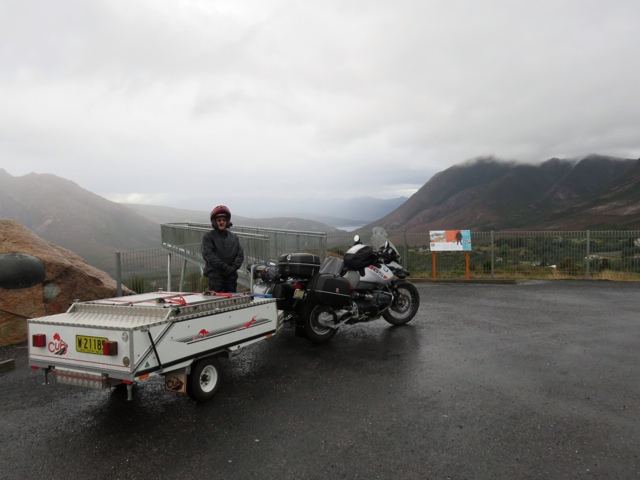 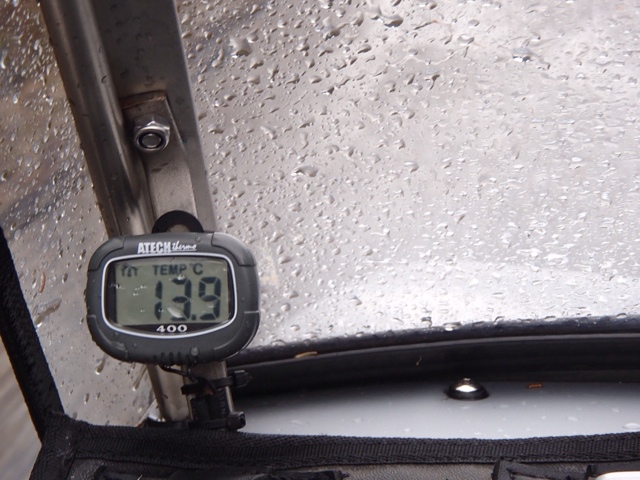 As you come out of Queenstown you climb a a long, steep windy road known as "99 Bends", although it apparently only has 89 bends now.
The further we went through the wilderness the colder it got, getting down to 13.9 degrees.  This is the same day that it was sweltering hot at home with temperatures reaching th high 30s.  I think I would rather be here.
One thing that we like about travelling is hearing about interesting things to see from fellow travellers.  One of those was "The Wall" near Derwent Bridge. 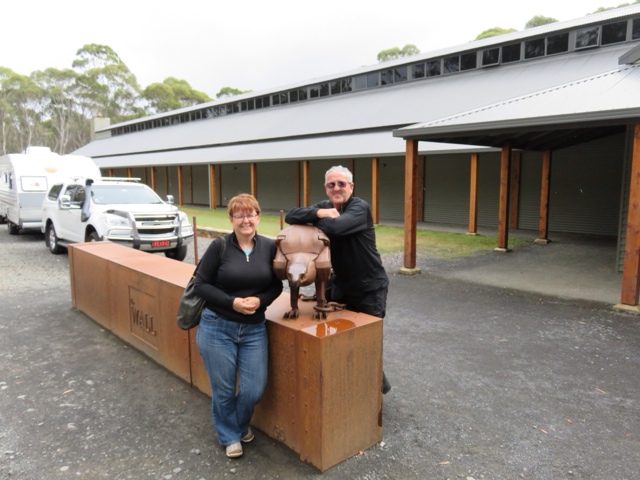 The Wall is a timber sculpture on both sides of a long wall. It has been going for a decade and is still a work in progress.  No photos were allowed, so do a little Google to find out some more. 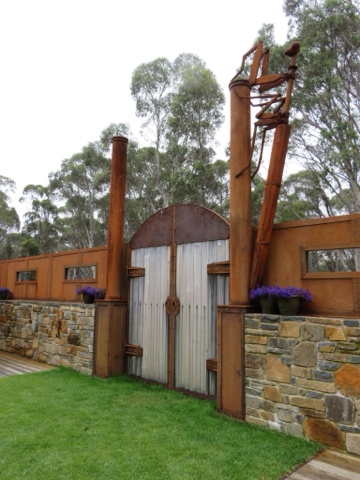 We had lunch in the brand spanking new coffee shop which was delicious.  Outside the cafe is a courtyard, which would be a lovely place to sit if the weather was a bit better. 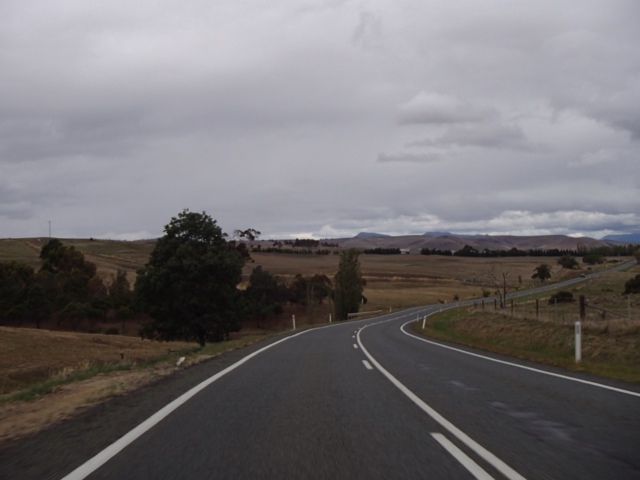 As we travelled further east we finally came to flatter, more populated areas.  What we noticed was how dry it is.  There is actually a bit of a power crisis likely to happen as Tasmania relies on hydro power and all the water storage dams are getting dangerously low.  The backup power cable from Melbourne has also been accidently severed, which doesn't help matters.  Bring on more rain. 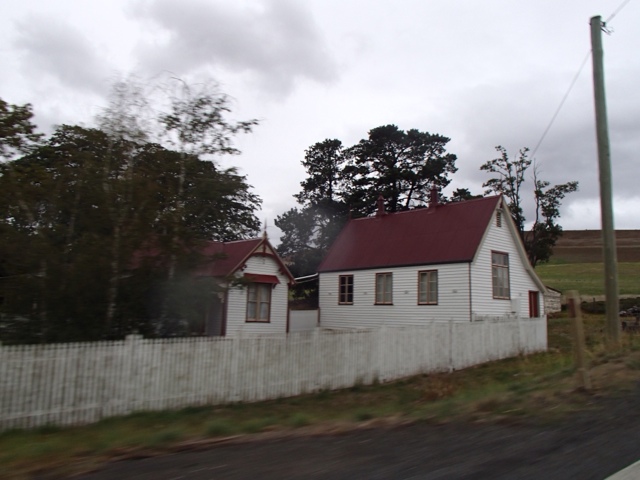 We started to see some cute buildings as we rode along.
As it continued to rain on and off all day we made it to New Norfolk, just to the west of Hobart, where we set up camp in the caravan park by the river.  We had a quick wander up the street looking at antique shops.  There are no bargains to be had here.
Last night the rain eased up, however the wind picked up.  Apparently it reached 90kmh in Hobart, so it would have been similar here, being funnelled along the river.  We are parked under some willow trees, so "Wind in the Willows" had a whole new meaning.
We didn't see as much as we would have liked, but there is nothing you can do about the weather.  We still had a good day, catching up with a few other Ulyssians staying here that we had run into earlier. It is turning into a progressive rally, which is nice.
Posted by Janice at 21:40

lovely time, I so enjoyed The Wall too....
Hugz