At the beginning of last summer I bought a linen dress for myself.  It is lovely and comfortable and cool........and drab!  Hey, it would be great to take a pattern off and make in a floral though. 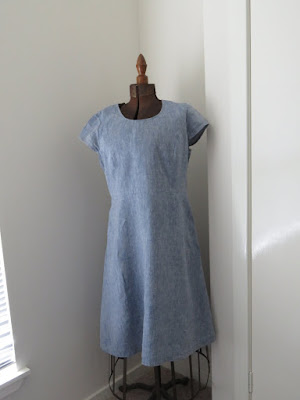 It is so drab that I dubbed it my "Prison Dress".  The poor fit on "Victoria" makes it look even worse.

I reckoned it could be brightened up a bit by adding a couple of pretty patch pockets.....but it never happened and I continued to wear it as it was, but only around home.

Garment sewing isn't something I do these days, just one of those good intentions I have. 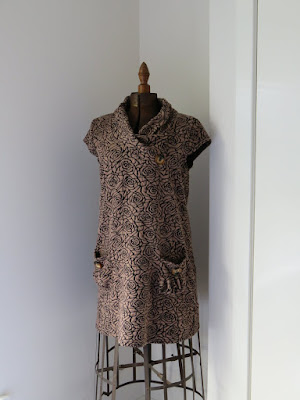 Last winter I bought this dress.  It has great gathered patch pockets, which are just the right size and in the exact right position.  They became my inspiration to make some pockets for this summer. 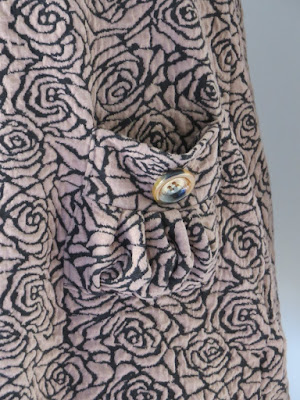 I had a fabric in mind to use, but of course, it is packed away in a box that I knew I wouldn't need until we had made our final move (like the box of felt that I have wanted several times).  I found another sprigged cotton that would give the look I was after. 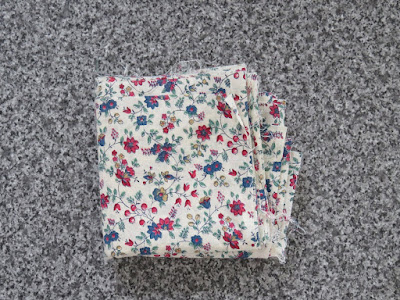 Then I went searching for inspiration and pattern instructions on Pinterest and found this tutorial to be very helpful. 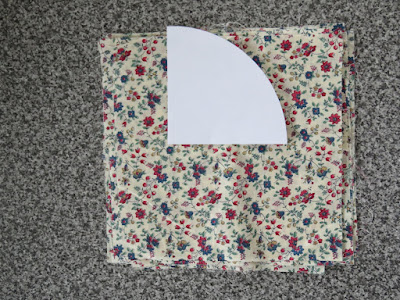 Using the measurements from my winter dress  and the tutorial I drafted the pattern, got my fabric ready to press, only to discover it is not one piece but several 10" squares.  Too small.  Blast!!  (I've no idea where I got this fabric from, but I've had it for years.) Back to look in the stash. 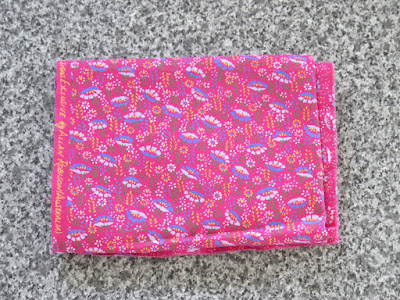 You know how they say that every cloud has a silver lining.  Look what I found scrunched down in between the fat quarters.  Perfect!  Better than the other.  Once again, I've no idea where it came from, but looking at the selvedge it is Australian and I'm guessing dates from the 70s. It was obviously a scrap after making a garment, going on the shapes. 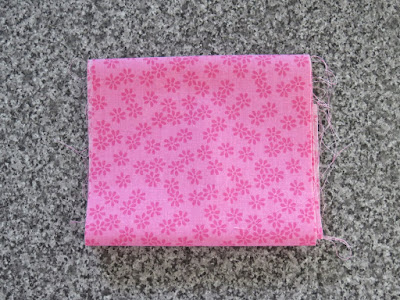 It was too pretty to waste on the pocket linings, so back to the stash, where I found some scraps from a quilt backing that were just the right width and a good match, not that it would be seen. 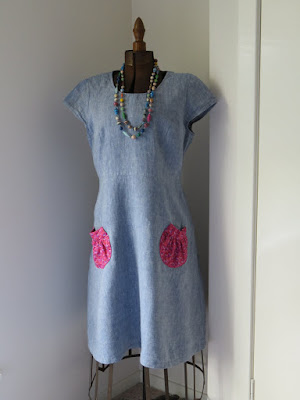 What was to be a quick little project ended up taking all morning and it seemed so strange working with a 5/8" seam. 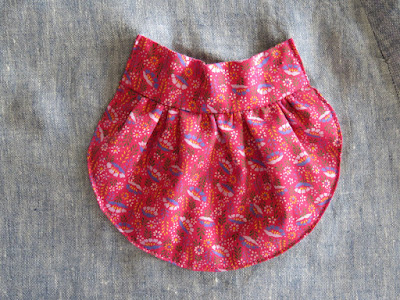 I am so very happy with the results that I can't take the smile off my face when I have my fists jammed into my new pockets. I might just be game to wear it somewhere other than at home.

Labels: Odds and Sods, OPAM, sewing, Use What I Have, Using My Stash, Vintage

Can see lots of wear coming up for this! It looks great....such a difference!

Surely it will have an outing at Nundle! I love a dress with pockets.

Hi Janice I love your dress with the pretty pockets,I love the brown dress ,I think you are clever ,safe travels and enjoy your your holiday my friend xx

Aren’t you the clever one! Love your pockets. :-)