As I mentioned in my stitching goals for January, I've joined in with the Rainbow Scrap Challenge again for 2020. 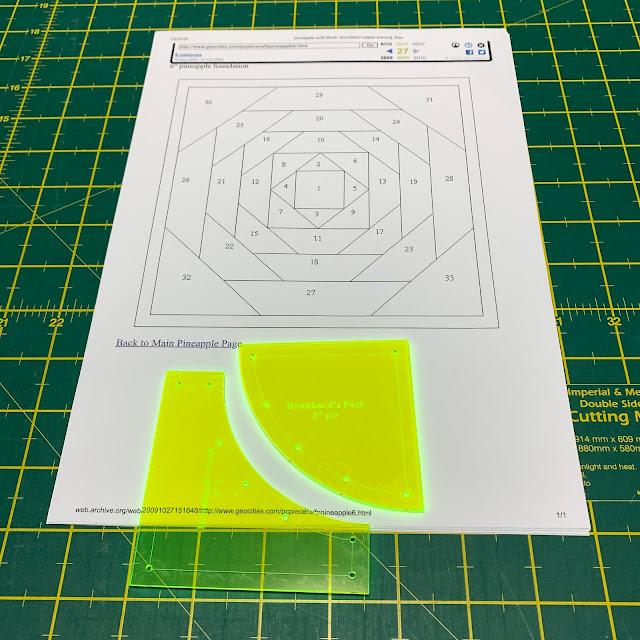 Rather than make another quilt, I will make a couple of cushions. One using a six inch foundation paper pieced pineapple pattern and the other circles made using the drunkard's path pattern. 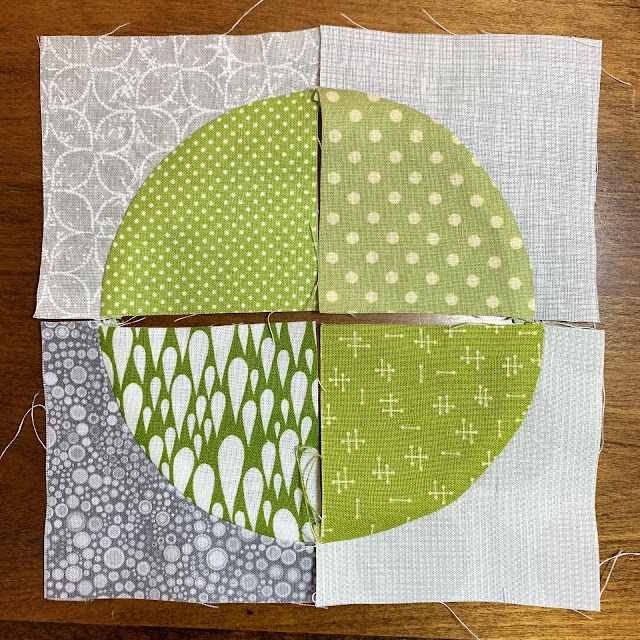 I started out with the drunkard's path blocks.  I have made a quilt where each quadrant finished at twelve inches, which was fine.  These finish at three inches and are quite fiddly.  After I made the first one I nearly abandoned the whole idea.  This is supposed to be a quick and easy project, not a tricky one. 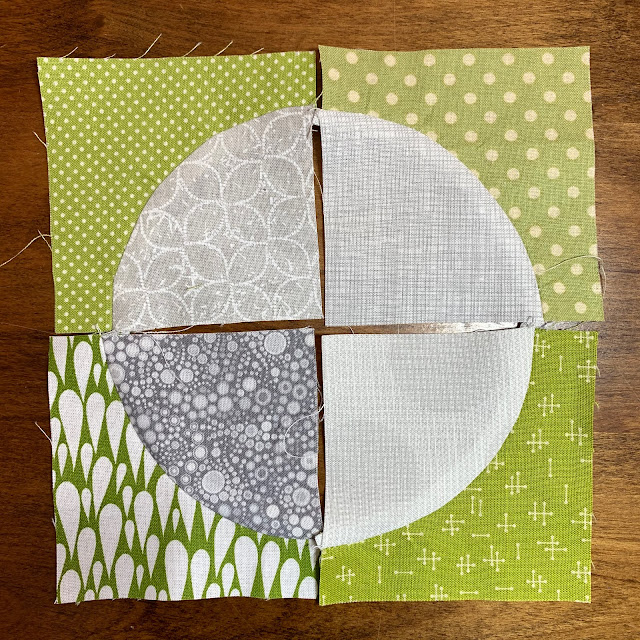 I wasn't planning on making the opposite colour version, but it worked out that there was going to be  either loads of wastage, or next to none, so they were made.

Eventually, I made the other three greens and they did improve a bit as I progressed.  They are still a bit wonky and will probably need to be trimmed down before I do anything with them.

I'm not going to join them together at this stage, rather I'll leave them and see what I decide to do.  I could make the cushion with the coloured circles (as originally planned) on one side and the opposite colours on the other side, or I may do something completely different.  Who knows.

Theory has it that they should tie in nicely with my Plus Quilt that I made last year, by using some of the same feature fabrics and backgrounds.

My original plan was to make this out of bright colours as well and to use many different fabrics.  However, despite my large stash, that was going to be a pain cutting all the little pieces.  I considered abandoning this idea as well.......but finally decided to at least give it a go.

After a bit of a think, I decided to use my 1930s stash that I have for my Splendid Sampler 2 quilt.  There are lots of variations of the colours and the scale of the prints is small, which is definitely a must.  I also decided to at least use the same fabric for each round.  Much more manageable.  I know they aren't "light and bright" greens, but they will do. I only want to make nine blocks, so I will probably not make the other green later in the year. 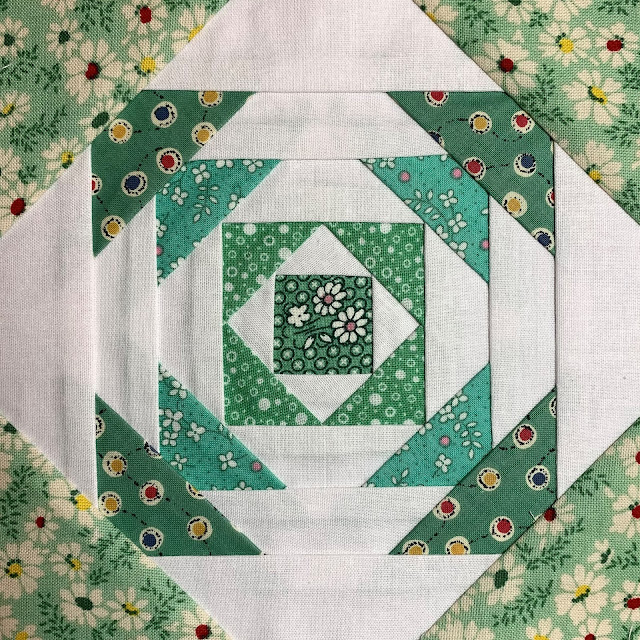 It took a while, but turned out well.  I think I will definitely proceed with this.  I'm pleased that I had plenty of practice with foundation paper piecing in Splendid Sampler 2, as I now feel quite comfortable with the technique.

This should match nicely with Splendid Sampler 2, when I get it finished.

I'm linking up with Angela over at So Scrappy.  Pop over and see what the others have been up to.  There are lots of good starts for the year.

Your light/bright GREEN blocks look AWESOME to me!! I don't think a little wiggle on those Drunkard Path blocks is anything to worry about. It will quilt out! :o))

Thats a great start for your RSC blocks. I'm get to get started, still away this weekend, home on Monday.

Oh, that pineapple block is beautiful.

You did pick two harder blocks Janice.. Both look great..
Hope to make my blocks this arvo..

Wow! Great starts on both projects.

Hi Janice ,beautiful work my friend ,love both blocks ,the circle ones look tricky ,I also love the fabrics you have used,well done xx

I love the pineapple block & it should make a wonderful finished project.
Great job... xox

I like both your ideas for your RSC this year Janice and will enjoy watching your pile of blocks grow. The pineapple block is stunning!