We try most years to get a group of friends together and go for a motorcycle ride on the Sunday closest to the shortest day of the year.  Why?  Because we can. You can go here to see where we went last year.

This year we had a great roll up – seven bikes and ten people, all from our Historic Car Club.

The ride was a “Mick’s Mystery Ride” – in other words, we weren’t sure where we would end up, or how we would get there.  Well, that’s not quite true, but it was flexible.

This was the sky as we left home – very black. 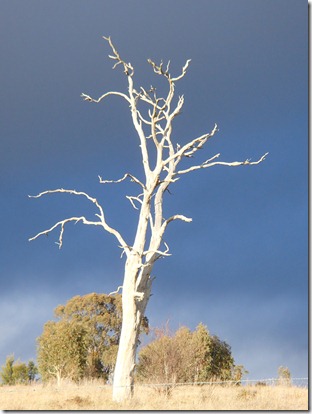 Looking east didn’t bode well.  Yes, that is rain on them there hills.  Just as well we were headed west, but being a mystery run, we would have changed our plans if we had originally planned to travel in that direction. 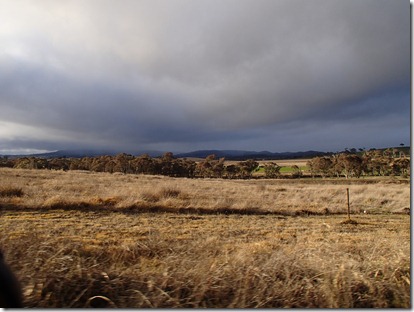 Get out of the way, cockies. 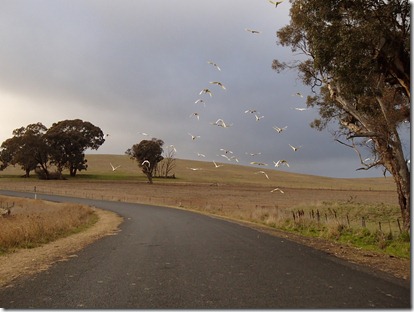 Once we mustered the troops we headed to Canowindra for a quick regroup.  We often stop here for a good look around, but we had further to travel this time.

Yes, you can tell you are headed west when you start to see silos in each village. 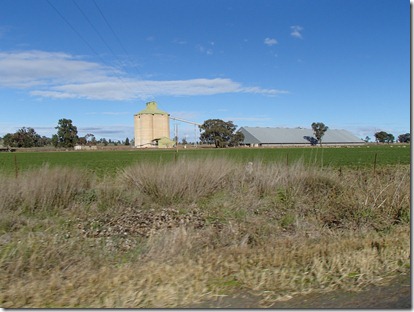 Our second stop was Eugowra for coffee.  This was decided while on the way, as we were travelling well and the weather was nice.  The shop on the left not only houses a nice cafe, there is also lots of gift ware and a designer clothing boutique.  All rather up market.  A good choice for a break. 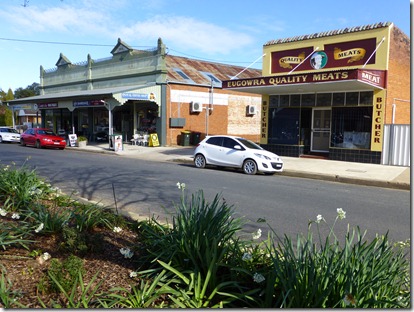 Eugowra is currently being painted – with murals.  I was able to snap a few from the sidecar. 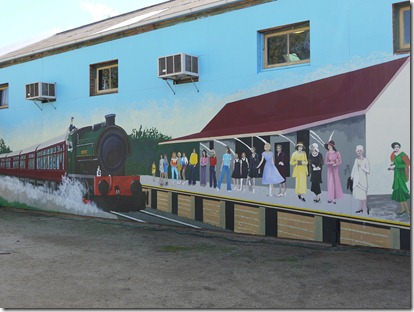 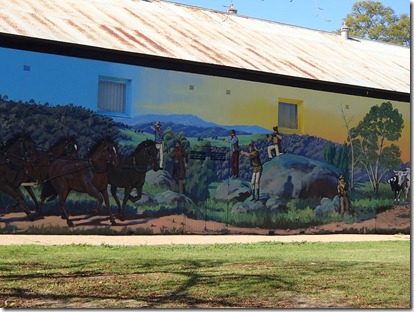 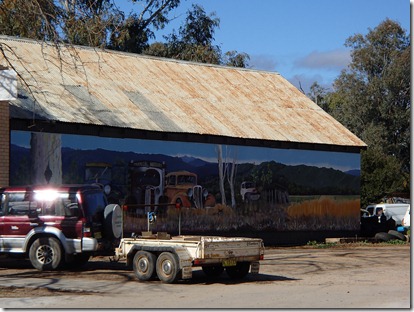 Of course, all country towns have to have a big, old pub. 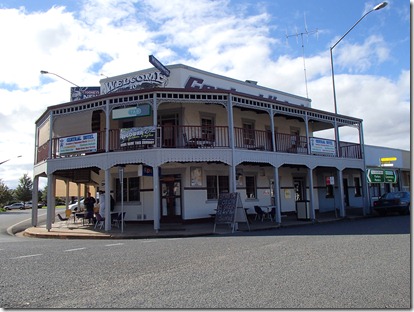 We continued on our way, passing the occasional country church along the way. 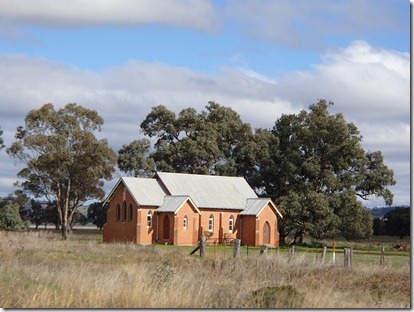 Our lunch destination was the Albion Hotel at Grenfell.  While planning the day, we had contacted several pubs in the general area, but none were doing much in the way of a counter meal for Sunday lunch.  Well, the Albion was wonderful, as could be told by the number of people eating there.  No excuse for going home hungry.  By the way, that huge steak isn’t mine. 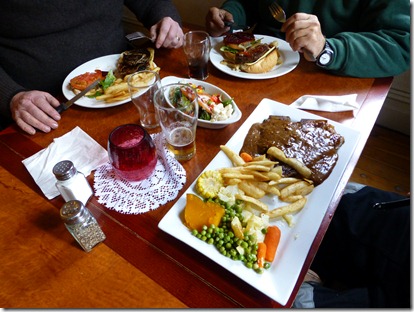 After lunch we just headed straight down the Mid Western Highway, through Cowra and Blayney to home. 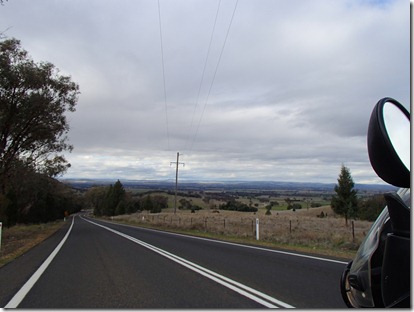 We were quite prepared to get rained on during the ride – actually expecting it with all the weather reports, but by heading west we had good weather and the temperature got up to 15 degrees – balmy.

Just out of Mandurama we went through a tiny shower, not even enough to put on the wet weather gear.  We were so very lucky.

It was a great day out.  A couple of the bikes hadn’t been on one of our runs before and I think they enjoyed themselves.  We’ll have to see where we go next year.

I like that bare tree photo.
We have a town near us that has very good murals on many of it's walls ( Katikati ).
Do you have a map that you could show us where the places are - mine has only the large places on it.?

What a fun trip. You always find such interesting places to visit. Glad it didn't rain (much). Thanks for bringing us along.

Janice, thanks for the tour.

Looks like a really fun day was had! Love the murals!

Looked like a lovely ride. Always love your photos Janice