I haven't mentioned it as yet, (rather remiss there), but I have once again taken part in Chookyblue's Secret Santa Christmas Swap.

Now that parcels have been sent and received I can reveal just a little. 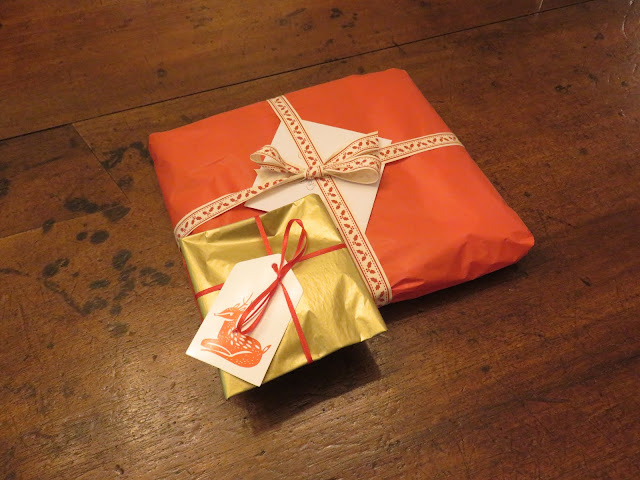 This is what I sent all the way to France to Martine. 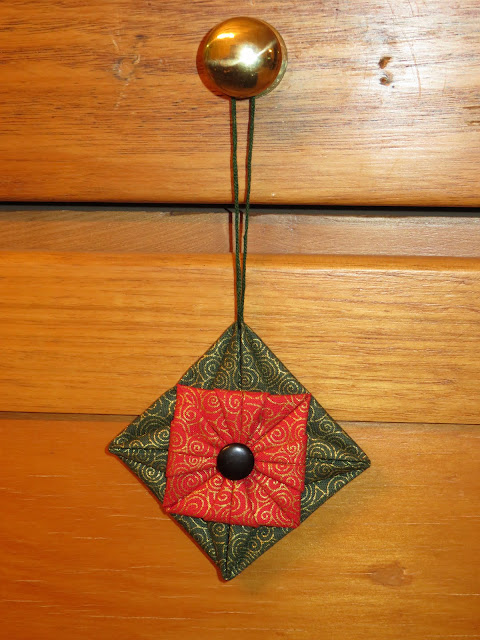 The ornament has been opened, so can now be revealed. 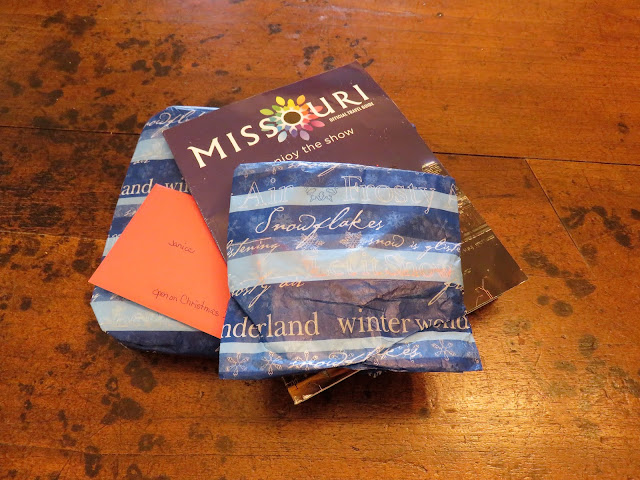 The mailman has now arrived at our house and I received a parcel all the way from America from Gail.  I love that she sent a map showing where she lives and included a booklet on Missouri, her local state. 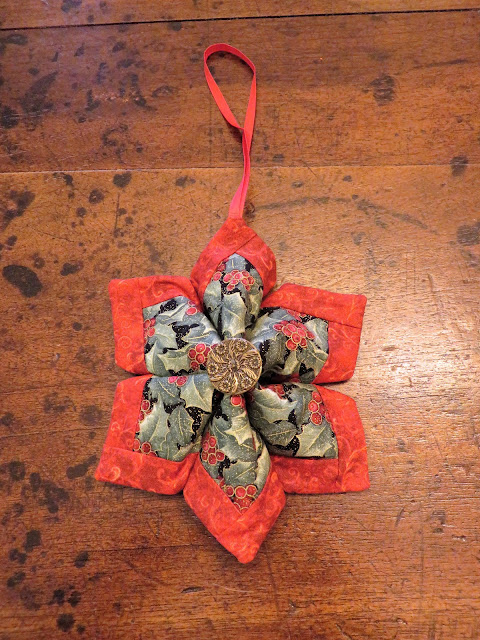 Once I browsed about Missouri I opened the small parcel to reveal a beautifully made ornament. 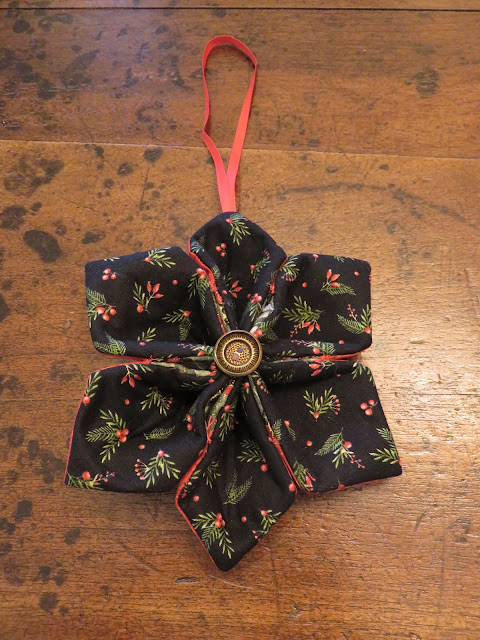 It is even reversible.  How good is that! 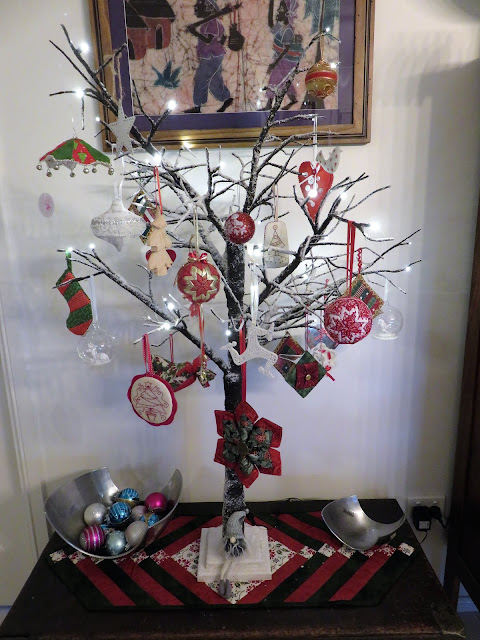 It is now hanging pride of place on our twig tree, which showcases our growing collection of handcrafted and special ornaments, and sits on a runner which was a SSCS gift a few years ago.

Thanks Gail for the lovely gift and thanks of course to Chooky and her elf Denice for getting us organised once again. This swap is such a special part of Christmas.

Both ornaments sent and received asterisk lovely 😊 and yours look great on your twig tree 🌲
Now you have to wait to open the other gift 🎁
Love ❤️ Chooky SSCS , wouldn't be Christmas without it....😀

I'm happy to hear that your parcel from Santa has arrived! Always worry that somehow it will get on the wrong sleigh! Also glad to see the star survived! I've been enjoying your trip to the coast, following along on my map of Australia. Hope you like the next parcel!

What fun - and such lovely treasures both sent and received. Your little twig tree is gorgeous with all the special treasures displayed.

Love both those ornies.... it's so fun getting gifts from far off places
Hugz

Hi Janice how much fun is chooky's santas swap. Lovely decorations both sent and received and love your tree,hope you have a lovely day my friend xx

Both sent and received ornaments are lovely. Enjoy them and I love your twig tree.

Lovely ornaments, Janice. I enjoy decorating with all my handmade Christmassy things and thinking of all the people who have made them for me. Martine was my partner last year - she sent me the sweetest little teddy ornaments, a wall hanging and a little Christmas sachet, all of which are on display. Merry Christmas to you!