Our Easter this year was to be fairly laid back…….go for a pleasant motorcycle ride on Friday with the Vintage Rally, as we do each year, and then not much else……..have a really lazy time.

Well, as can be expected…… “the best laid plans of mice and men”, as they say…..

Firstly, we have visitors.  An aunt and uncle we hadn’t seen for twelve months, well we’ve seen them twice in two weeks.  It’s been a delight having them here.

Easter is always busy in Bathurst and it has rained.  We need the rain so much, but it is disappointing for all those people who have visited for the events around town and to go camping in all the wonderful places around the area.  As well as the Vintage Motorcycle Rally there was car racing at Mt Panorama and the 40th National Panel Van Show being held at the Showground.  Yep, a petrol head’s dream.

We rocked on up to the start of our bike ride and it was wet.  Instead of around 120 bikes there would have been 20, if you were lucky.  Fortunately, the week leading up to Easter was perfect weather for the majority of their outings. 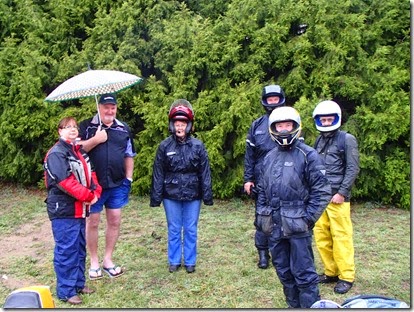 Boy, did we pay out on our mate who arrived in his ute wearing shorts and carrying his umbrella.  However, we weren’t able to shame him into going home and getting his bike.  Maybe he is rather smart after all. 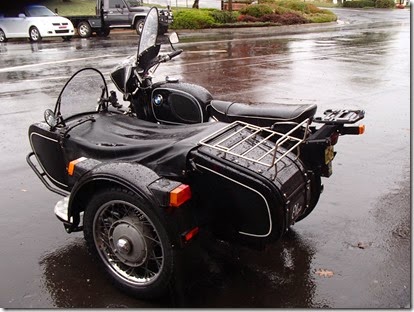 We rode out to Oberon, where we had nice hot coffee to revive us and then onto the  Tarana Pub for lovely fish and chips.  “Olga” the old girl went really well, surprisingly well considering the weather conditions.  We thoroughly enjoy getting out and about on her.

I must say, it was rather nice to get home and into some warm, dry clothes.

On Saturday I cooked my first batch of soup for the year.  It was a bleak drizzly day, so just what was needed.  No pics, as we were too busy tucking in.

Sunday was to be a nice lazy day.  The day dawned dry, which was nice to see.  Our plans went out the window when we had to make an unexpected trip out to Hill End.  Once our passenger was delivered Mick and I made the most of our time.  The trees were just starting to change their colours and the avenues were looking rather lovely. 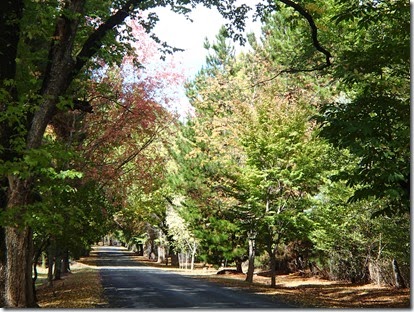 There were even some markets on, which we visited.  Bonus!

Hill End has always been a remote village to visit, having to travel over rather narrow, windy dirt roads.  The road to Mudgee and one of the routes to Bathurst have been sealed for a few years now, but two weeks ago the final section between Hill End and Sofala was sealed. We travelled home along this route and were surprised to see what an excellent, wide road they have made.  It makes it so much easier for people to visit the popular destination.

Just out of Sofala we called in at “Wallaby Rocks”.  I never knew they were called this until recently.  Dad and Mum would take us out there when we were little and we would yell at the cliff and it would echo back.  Great fun. 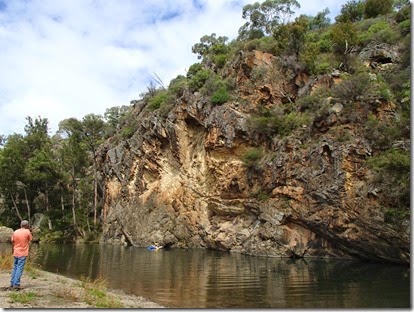 We didn’t realise what a nice camping spot it is.  The river had a nice deep hole, despite the lack of decent recent rain.  Perfect for taking out the kayak.  There were some kids having a great time jumping off the cliffs into the river. 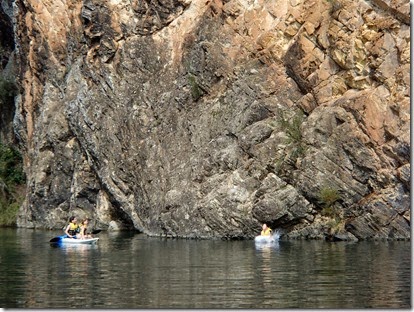 The bridge also has great character. 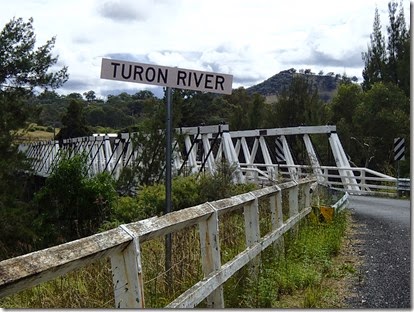 We might just have to go camping down there some time.

Once we returned to Bathurst we visited the Showground to see the Panel Van Show. 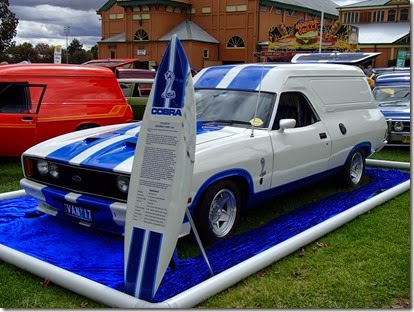 They were so lucky to have a fine day for the one day it was open to the public.

Monday, well that made up for the rest of the weekend.  We had a lovely lazy time. Once again it was a mainly wet day, but that didn’t matter. Breakfast in town, visiting friends and just lazing at home, reading. You can’t get much better than that.

I did have plans of stitching, but I’m sure they will wait.

I hope you all had a wonderful Easter as well.

It is rather chilly here tonight and we even have the heater on.  Apparently tomorrow is to give us our first taste of wintery weather.  I don’t know if we are ready for that just yet.

PS. I’ll be back to catch up on the last few weeks very shortly.

It really did pour with rain didn't it. We saw lots of race cars and vintage cars driving through the mountains on Thursday and thought there must have been racing in Bathurst. It's such a shame the weather wasn't more inviting for the motorbikes. That Cobra panel van is really cool!!

Awesome post Janice ,so much you fitted in over Easter xx