OK, this is the final instalment of our three days away.  Yes, we packed a lot in.

As time was running out, we headed home by the most direct route, down the Newell Highway.  A nice distraction was seeing quite a few vintage cars on the road, on their way home from a Vintage Car Rally held at Narrabri over the weekend. 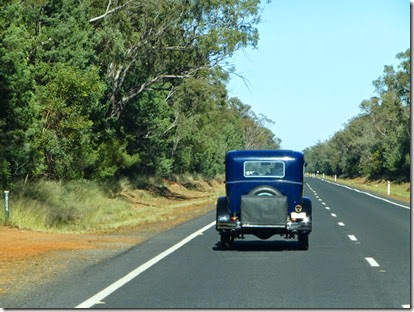 We had a stretch of the legs at Mendoorin, which is a lovely little spot, with lots of murals painted on the shops.  There was a new business open too.  Castlereagh Collectables is housed in this lovely old building. 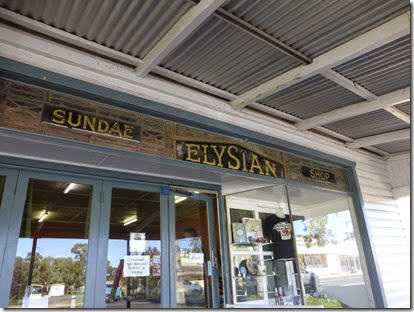 There has also been a little bit of love going on next door, with the Mechanic’s Institute Hall receiving a freshen up of new paint and new roof sheeting.  The lovely old Spanish Mission style facade is looking fantastic.  I wonder what it is like inside? 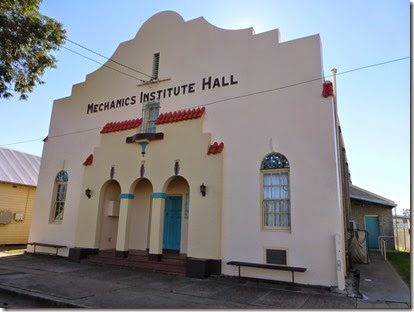 One of the old cars was also having a wander around.  Very tasty. 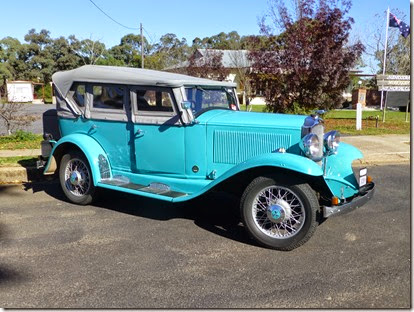 Our next stop, as usual, was Dunedoo.  On the Monday I think that everyone travelling home from the coast had the same idea.  The street was packed with cars.  Mind you, it was lunch time. 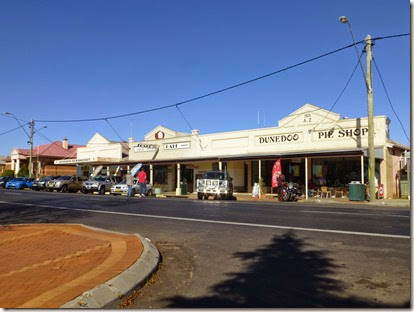 I’ve mentioned the White Rose Cafe previously, having visited there once and then finding it closed the next time we travelled through.  Well, we had read in “Country Style” magazine that it had reopened.  Great.

Mick waited outside while I ordered old fashioned hamburgers and milkshakes, served in metal cups. The signage has been given a revamp since my last visit, but still retains a similar feel. 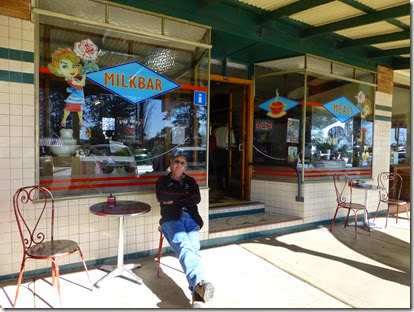 Inside everything was still there.  I heard one fellow asking if there were any marble topped tables out the back for sale, to which the owner advised that three had been sold before they took over, so there are now only seven left.  What a pity that had happened. 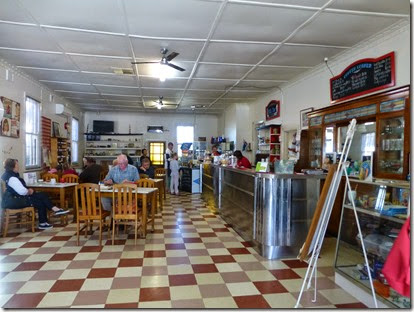 It is so good to see an old fashioned cafe with the fittings intact. 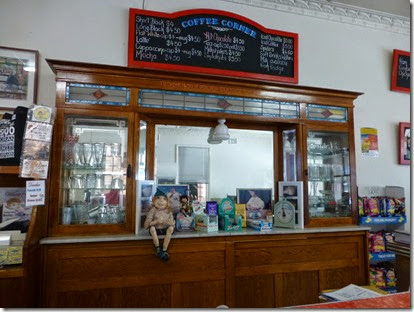 I do hope the business does well for the new owners.  Call in if you are in the area. 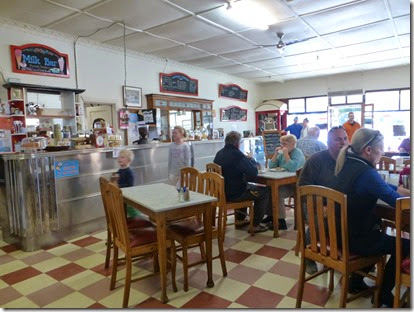 Then we were on the homeward track.

What a welcome sight it was to see a rainbow over our lovely valley as we reached home. 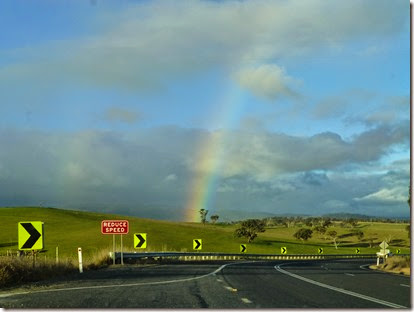 Thanks for sharing Janice. I'm glad the White Rose is open again. We always stop at Dunedoo on our way to Wellington.
Have you been to the Ritz Café in Bingara? It's a fully restored old milk bar/ café. I think we might take a visit there in the school holidays.

After reading this, it makes me want to "hit the road".

another lovely read and more memories, my grandparents lived in Dunedoo and I spent many weekends as a child playing in the playgrounds along side the railway lines, he owned the garage in one of the streets off the main road and did the school bus run many years after he sold the garage