Covid-19 Chronicles - An Anzac Day With a Difference

A normal Anzac Day sees us get up with the sparrows to attend the Dawn Service at the Carillon in Bathurst at 4.30am.  After the service, we walk across to the RSL Club where the auxiliary ladies put on a big breakfast. This morning ritual is something we have done for about the last 25 years, first with my Dad and now in his honour.  These days in the afternoon I usually take Mum out to the site of the old army camp to attend another smaller service. 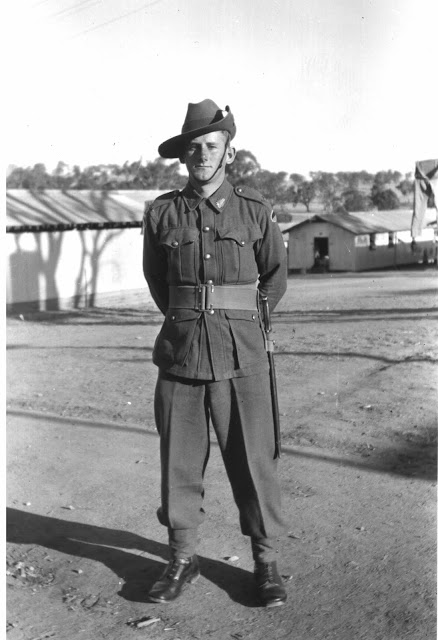 This year was somewhat different, as no marches or gatherings were permitted due to the Covid-19 pandemic and the required social distancing.  Ironically, it is thought that more Australians got involved in Anzac Day this year than normal.

The first anniversary of Anzac Day wasn't commemorated with a parade, as it was still very fresh to many people and in the height of the Spanish Flu pandemic.  Anzac Day events, such as we know them, didn't really start till the mid 1920s.  This is the first time since then that Australians haven't been able to mark the occasion in the usual way.

This year the RSL started a campaign for people to stand with a candle in their driveways, on their balconies or at their gates at 6.00am to observe a minutes silence.  There was still a Dawn Service held at the War Memorial in Canberra, just with no public attending, and it was broadcast on both television and radio.  Some musicians then expanded on this and suggested musicians play The Last Post at that time too.  There was also a request for people to display poppies at their letterbox.

We started our preparations yesterday, preparing a poppy wreath for the letterbox.  Mick reckoned I could just make some poppies out of red cardboard.  Minor technical problem there.....I don't have any red cardboard.  However, there was a ball of red wool in Mum's stash in our garage.  A quick look in Pinterest and I found a very simple crochet poppy pattern. 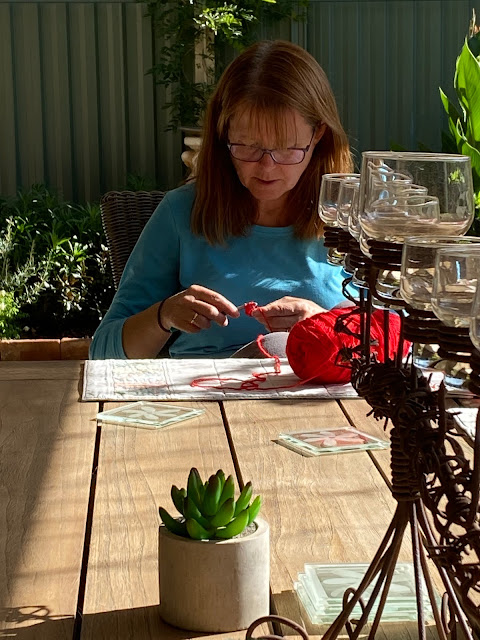 I used a big hook to make things even quicker still.

Then there was the challenge to find a wreath base.  I know I have a stick one somewhere, but couldn't lay my finger on it, so requested Mick make a wire one......but then I found a small polystyrene one.  Bonus. 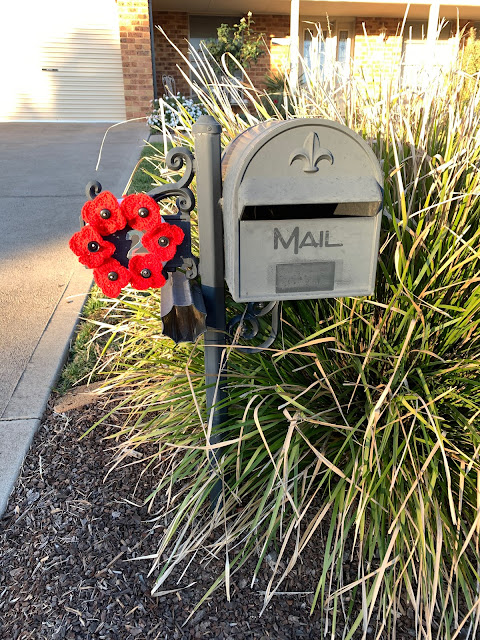 Ta da!  One very simple wreath for the letter box.  The black centres are just buttons with pins through the buttons holding the poppies onto the wreath.  Like I said, very quick and simple. 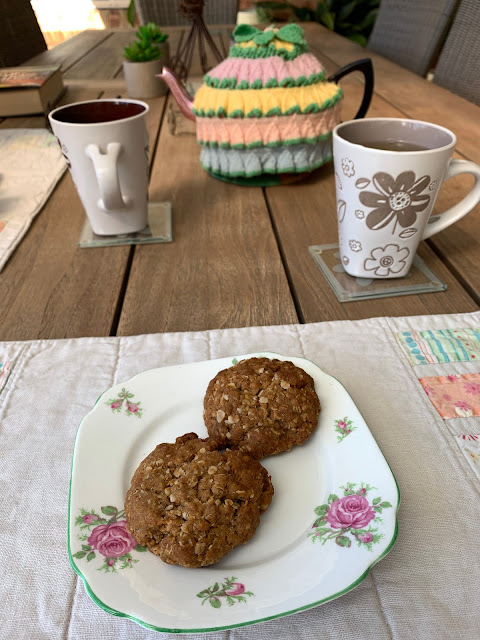 Next we had to make some Anzac biscuits.  Mick got involved in this too.  Of course we had to taste test them yesterday, but there were still some left for today.

One of the ingredients in the RSL Club breakfast is savoury mince.  It is really yummy and Anzac Day is the only time we ever have it, so it is rather special.  Therefore, we made some yesterday afternoon ready for breakfast today. 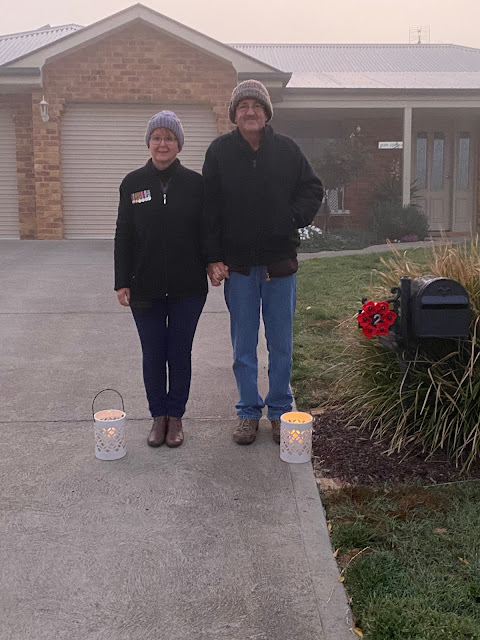 This morning we were up for the 5.30 Dawn Service.  The weather was cool, but nowhere near as cold as some services we have attended.  The fog rolled in as we stood there.  I wore my Dad's medals with pride.  Our neighbours over the road were also outside their home.  Their daughter was in her formal school uniform, as she is a school captain and would have been laying a wreath under normal circumstances.

We noticed  a few other families up the street also came outside for the 6am minutes silence and Last Post.  We could hear someone in the distance playing it on a trumpet.

After the service finished we went back inside and had our version of an Anzac Day breakfast.  Scrambled eggs, bacon, savoury mince on toast, tomatoes and mushrooms.  We omitted the hash browns and sausage, as it is too much.

Hopefully, next year will back to normal, but I wouldn't be surprised if standing at the end of your driveway will become a new tradition to include those who don't necessarily want to, or are unable to, attend a Dawn Service.  Time will tell.

This year was different, but one that we will all remember and will go down in history.

A special way to honour the Anzacx.
Hugz

Your wreath turned out just fine.
We forgot to sort out our RSA breakfast, but did remember ANZAC bikkies.
It was dark here for our service, foggy too.

A lovely way to celebrate this special morning. Love the candles too,in tinsel perhaps, what a great idea.

No, not tinsel, stupid spellchecker. I meant to say tins.

Well done. Love your poppies. That sounds like a huge Breakfast. It looks chilly there.

Lovely post Janice, you look a bit cold there th9ugh, hope you enjoyed your breakfast.

A lovely way to celebrate your ANZAC DAY....
Your wreath looking great and your morning tea...
Nice photo of you both...