Bathurst is celebrating it’s birthday today.  She is 200 years old. 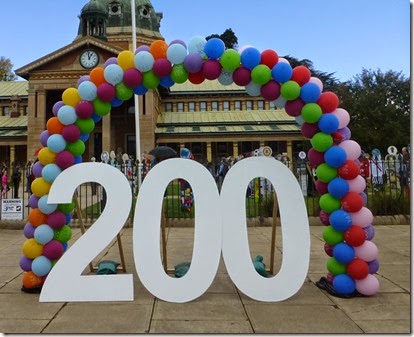 The opening ceremony for the party was last Sunday which incorporated the launch of Peoplescape.  It was the perfect day, with the temperature into the 20s – very unusual for this time of year. 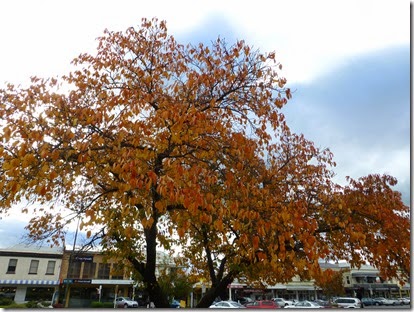 We were entertained by the local conservatorium of music. 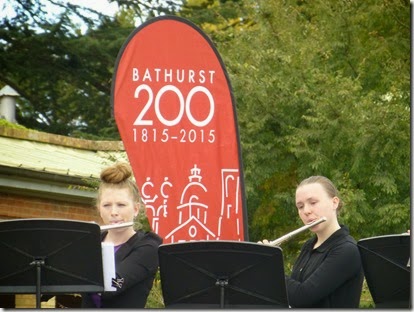 Let’s go for a walk. 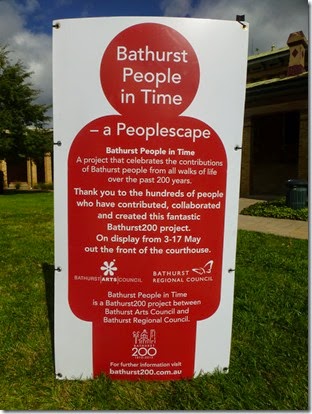 Locals nominated people they recognise as being significant to the city over the last 200 years. 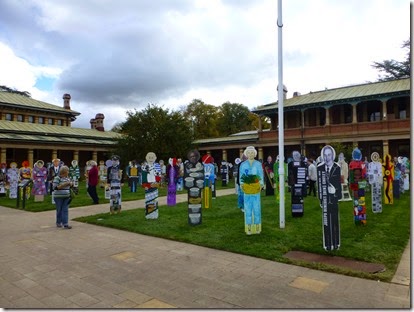 From there they decorated a silhouette for their nominee.  Some were simple, others very artistic and some were just plain fun.  Schools and community groups were involved in some “people”, while others were by individuals. 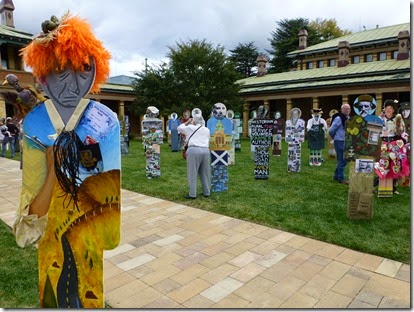 They range from historical figures to current members of the community, those who are prominent, to those just working away quietly in the background.  It was fascinating to learn more of those who have helped shape our home town.

Let’s go for a walk. 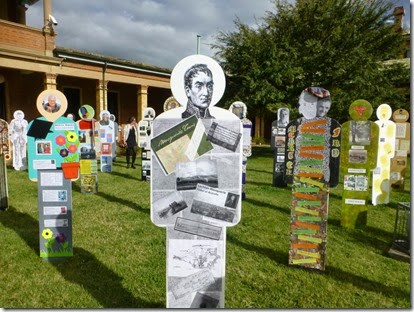 Lachlan Macquarie declare this a delightful place on 7 May 1815. 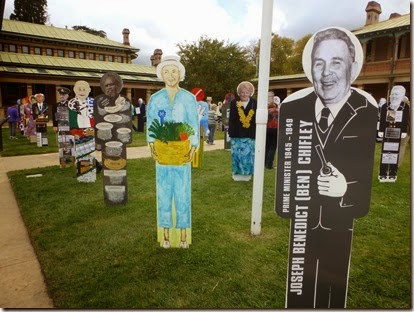 Prime Minister Ben Chifley is probably Bathurst’s most famous son, with a market gardener from the late 1800s and an Aboriginal elder in the background. 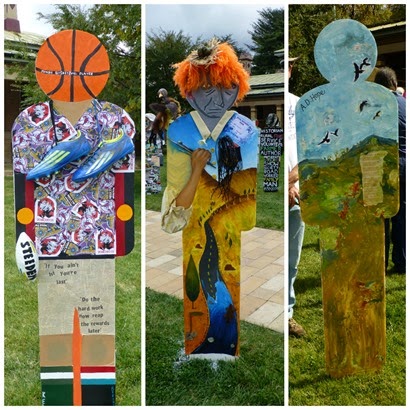 There are  those that have had a direct influence on me. 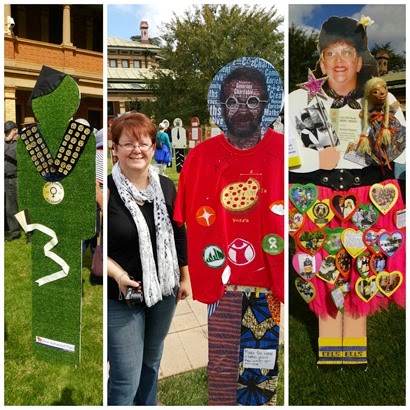 Anne Ashwood, who was one of my English teachers in high school went on to be Mayor and have a sporting field named after her.

Hans Stroeve was my maths teacher (he made maths great fun, bringing in a poker machine to teach about ratios and playing Monty Python tapes while we worked). He still continues teaching at the school now and I presume is still making maths fun for the current generation of students.

Toni Daymond, who worked at the library from when I was quite small, introducing me to a love of books.  She has done so much for so many community groups over the years.  I can even remember making one of those puppets at the library in primary school.

There are too many others to show here.

The display is on for another week or so, so if you are in the Bathurst area, make the time to go and have a look at a terrific display which is both interesting as well as artistic.

Labels: Out and About, weather

Peoplescape looks amazing!! I wish it was on for longer, I would love to have seen it in person. Your photos are the next best thing so thank you for sharing them.

What a GREAT idea... would have been very interesting to walk around and read what each person did!