I love my camera.  It is just a little point and shoot that lives permanently in my handbag.

The best thing is that it has a 16x optical zoom, which works really well, taking lovely, clear photos and videos.

The worst thing is that it has a 16 x optical zoom, which means the lens has to move in and out.

At the start of our holiday my photos started to get a little mark in the top left hand corner.  When I looked a the lens, it wasn’t a mark ON the lens, it was IN the lens.  It wasn’t too bad, and I figured I could compose photos to allow me to crop it out.  You can see it below – just a little smudge - annoying, but I could live with it. 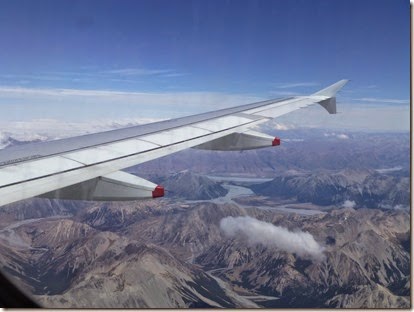 However, as we went along, another very conspicuous mark developed top centre, and then another to the right.  Now I was getting annoyed. They were all WITHIN the lens. 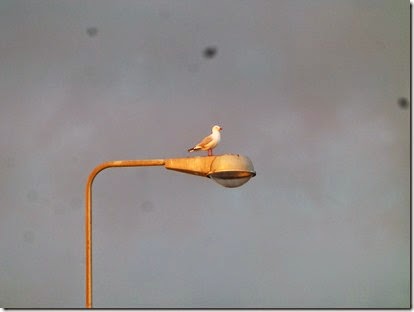 And there was one more as well.  Looking at the lens it is a tiny white speck bang in the centre.  It didn’t show on photos unless I was shooting into the sun, then there was a faded out mark bang smack in the middle of the photos, like on the door of the cottage in Arrowtown. 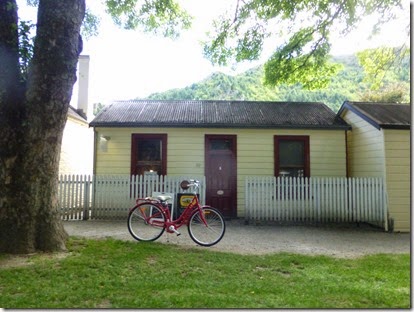 I didn’t want to buy a new camera while we were away, so my plan was to use Mick’s second camera.  Yes, he takes two.  He has his big one, which I can’t be bothered with. The wrong lens always seems to be on for the situation you want, and I haven’t had enough practice with it.  His second camera is a little point and shoot he bought to take on the dirt bike. It is water, dust and shock proof.  It only has 5 x optical zoom, but I could live with that, if at least the photos were clear.  The only problem was that we couldn’t find it.  We were sure it had been packed. I had the cord with all the others, but assumed we must have accidently left it at home.  Darn!

Now that we are home I have discovered that there is one month left on my camera’s warranty.  Unfortunately, the store I bought it from won’t deal with the warranty at all, other than giving me a phone number.   Now I have to find out what I have to do to get it looked at.  Hopefully, it will be covered, but I’m not holding my breath. If it isn’t covered I will purchase my next camera at the store where I know they will take care of any warranty claims for you.

Your camera sounds like it has problems just like some folk get with their eyes.( floaters Glaucoma etc. )
Most annoying when you like recording your travels.
I have been very happy with my Canon. and my previous one a Canon also.

Just been catching up reading your blog. Looks like you had a great time after leaving us.
Hope you get your camera sorted.

Good luck with getting your camera fixed. At least it's still in warranty. It looks as though there are UFOs flying in the sky behind the seagull.